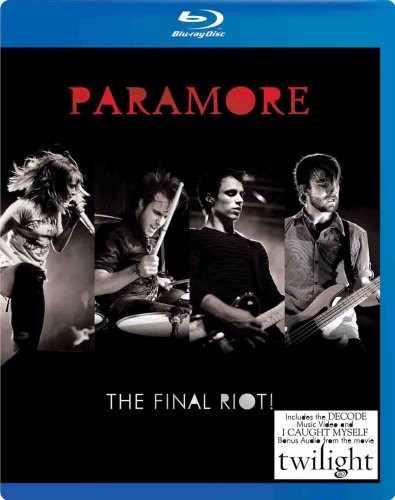 Join millions of Paramore fans around the world as they experience the magic of the Final Riot! On Blu-ray Disc. The Final Riot! Highlights Paramore's entire 15 song live set filmed at Chicago's historic Congress Theatre during the Final Riot! Tour - for what the band has called their 'best show ever.' the Final Riot! #includes a documentary revealing the band in their most intimate moments on tour, with exclusive interviews, full access behind the scenes and on the bus, at sound check, at rehearsals, and more.