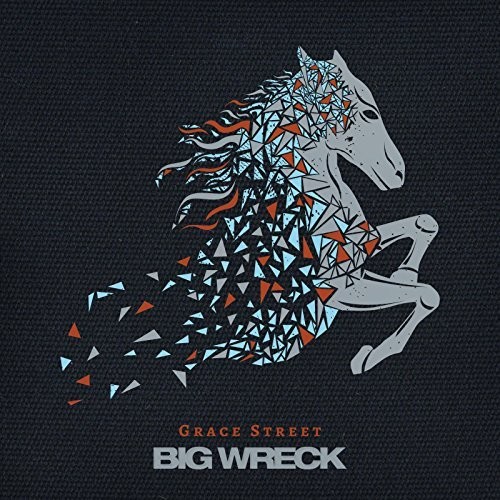 Canadian multi-platinum-selling rockers Big Wreck return with Grace Street, an album that continues to build on the creative momentum of their two previous JUNO Award-nominated releases, Ghosts and Albatross. Featuring guitar virtuoso and lead-singer Ian Thornley, and co-produced by Garth Richardson (Rage Against the Machine, Red Hot Chili Peppers), the sonic diversity on Grace Street is indeed stunning. Heavy grooving tracks such as lead-off single 'One Good Piece of Me' and 'Digging In' rub shoulders with the atmospheric 'A Speedy Recovery' and the epic seven-minute instrumental 'Skybunk Marché.' Other tracks feature added touches, such as Miles Davis-style muted trumpet, wine glasses, a sample of a child's heartbeat and a Leslie speaker guitar solo recorded on a mountainside adjacent to Richardson's B.C. studio. At the core of Grace Street are live, off-the-floor performances by founding front man Ian Thornley on guitar and keyboards, accompanied by drummer Chuck Keeping and bassist Dave McMillan. Thornley placed a real focus on maintaining the human element in every aspect of the sessions, resulting in a journey on which no previous Big Wreck album has taken its listeners. As Guitar Player Magazine proclaimed, 'All of Canada is not big enough to contain Thornley's talent.'
back to top