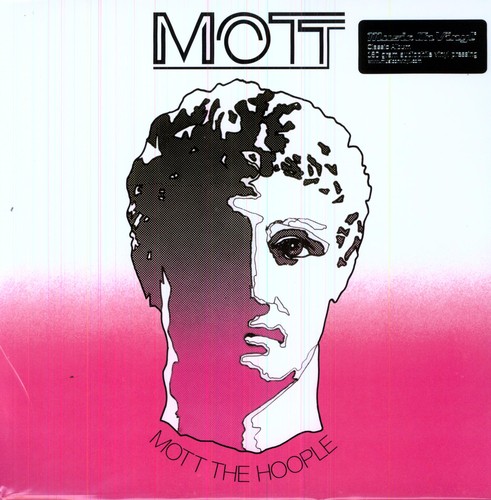 EU 180gm vinyl LP pressing of this 1973 album from the British Glam/Rock outfit. By the time Mott was released, it was clear that Ian Hunter had become the dominant figure of the band. Aside from the lead track, the album includes introspective songs such as "Ballad of Mott the Hoople", and the peculiar "I Wish I Was Your Mother", featuring multi-tracked mandolin, in which Hunter sings of his wish to see his love as a child. Hard rockers are given their due with 'Whizz Kid', 'Drivin' Sister', 'Violence' and 'Honaloochie Boogie'. a fine performance is delivered by Hunter in the almost religious 'Hymn for the Dudes'.