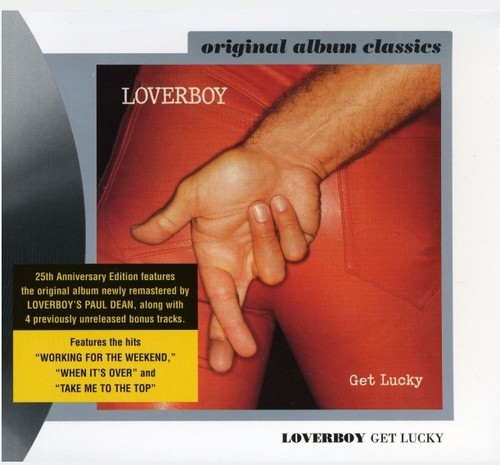 With their second album, 1981's GET LUCKY, the members of Loverboy followed the famous old saying, "if it ain't broke, don't fix it. " The hard candy-pop direction of their first album is mined once again, but this time the songwriting is even stronger and the sticky sweet hooks somehow catchier. Besides spawning such radio hits as the uptempo "Working for the Weekend" and "Lucky Ones," Loverboy enjoyed even bigger success thanks to it's videos constantly airing on the then-new music television channel MTV. One of the more unforgettable (and now rather goofy) images of early MTV remains Loverboy singer Mike Reno posing for the camera, sporting a headband.