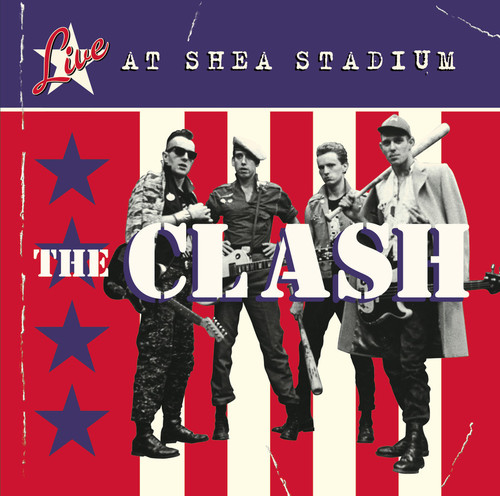 THE CLASH - LIVE AT SHEA STADIUM - Live at Shea Stadium is a live album by the English punk rock band The Clash. It was recorded at Shea Stadium in New York City on 13 October 1982, the band's second night opening for The Who; the concert was produced by Kosmo Vinyl. The original recordings were unearthed by Clash frontman Joe Strummer while packing for a move.[1] The album was released in the United Kingdom on 6 October 2008[2] and in the United States the following day. Joe Strummer - lead vocals, rhythm guitar, bass on "The Guns of Brixton" Mick Jones - guitar, vocals Paul Simonon - bass, backing vocals, lead vocals and rhythm guitar on "The Guns of Brixton" Terry Chimes - drums Very limited LP pressing.
back to top