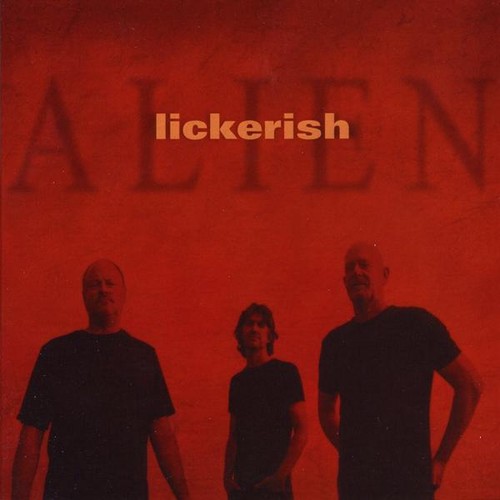 Lickerish's musical breadth has them playing at shows with such disparate acts as rockers UFO, bluesman Tommy Castro, and songwriting icon David Lindley. "Alien" is Lickerish's second album and delivers a more consistently hard rock sound that their debut CD "Gasoline." But within that genre, blues, folk, funk, and pop all drop by to visit and produce energetic songs. Lickerish should be seen live to feel the energy of their guitar-based sound and to enjoy the irony, political import, and fun that make up their compositions. This new album showcases the variety of sounds in a Lickerish show. The album's production is clean and simple to highlight the work of each of the band members and to enhance listening on cranked home or car systems as well as through mini headphones. The band members come from three different musical "places," and that eclecticism comes out in the songs: influences include the acoustic-electric style of James Blunt or Howie Day, the thoughtful songwriting of John Mellencamp and John Lennon, phrasing and tone of classic Bowie, guitar and grit of blues giants like Buddy Guy and Stevie Ray Vaughan, the driving sound of U2 and Velvet Revolver, and the new rock of The Fray and The Killers.