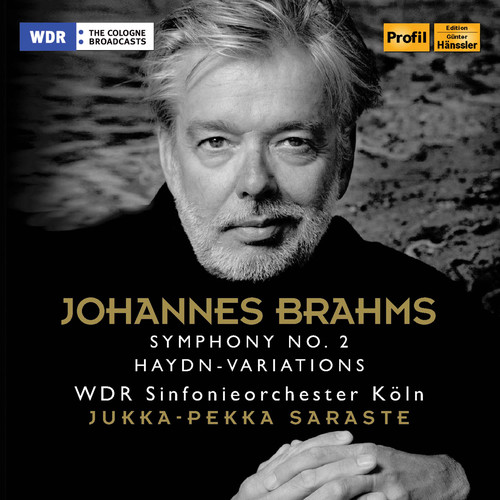 Symphony No. 2 Brahms's Second Symphony is often called his "Pastoral". It was written during a happy holiday in Portschach in 1877. Brahms wrote to his friend in Vienna, the critic Eduard Hanslick: "The Worthersee is virgin ground. Melodies fly around there, so that you have to take care not to step on them." The work was premiered by the Vienna Philharmonic under the baton of Hans Richter in December 1877. It was a great success and the third movement had to be repeated. Jukka-Pekka Saraste became principal conductor of the WDR Symphony Orchestra at the beginning of the 2010/11 season. The orchestra and the conductor can already look back at many years of working successfully together. His recordings with WDR Symphony Orchestra for Profil Edition Gunter Hanssler have earned him high critical praise, and include Schoenberg's Pelleas and Melisande, Stravinsky's The Firebird, Brahms' Symphonies No. 1 and 3 as well as Mahler's 5th Symphony.