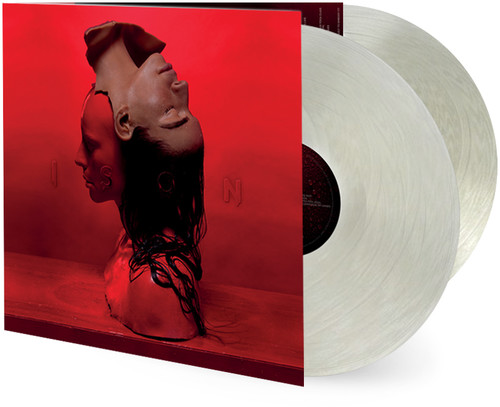 Limited double 180 gram white vinyl LP pressing in gatefold jacket. Ison is the debut album of Iranian-born Dutch artist Sevdaliza. After releasing her Edison nominated visual masterpiece Human, and her acclaimed short film The Formula, Sevdaliza is defining art with her mystical audio-visual experiences. So far Sevdaliza already amassed millions of plays on Youtube and Spotify. She recently collaborated with A$AP Ferg and was also featured on Parisian producer STWO's latest single "Haunted". As much as Ison is about the human experience, it is mostly about Sevdaliza returning to her spirit guided by past lives. By following her intuition, her unconscious guided her on a path which one present form might never reproduce. "All the knowledge that is not of the senses, not of the intellect, not of the heart but is the property that belongs to the deepest aspect of your being." Ison is an experience of that being. Sevdaliza's melancholic visceral voice ?oats over beds of thumping trip hop dubs, married with classical harmonies and cutting strings setting an enigma. Rhythmic tensions build slowly into chaotic climaxes. ISON has been described as "genre-bending", drawing on various genres.