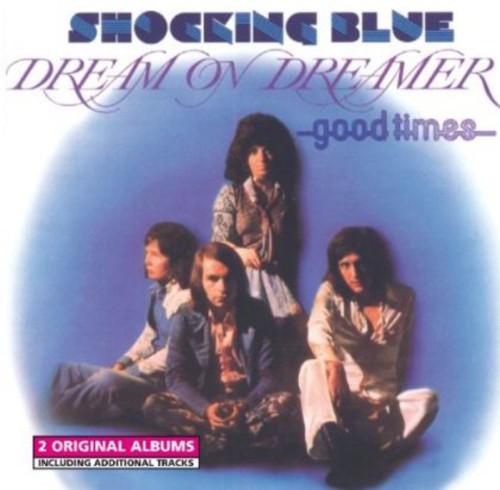 Digitally remastered two-fer containing a pair of albums from the Dutch Pop/Rock band (plus three bonus tracks): Dream on Dreamer (1973) and Good Times (1974). Dream on Dreamer was the last Shocking Blue record on which Robbie van Leeuwen took part as a full band member; he composed nearly all of the songs on the album. Van Leeuwen left the band a few years later, but stayed involved in the band's activities behind the scenes, even after Martin van Wijk took his place. A number of Shocking Blue compilation albums were released after this record; by then the band had already split as it's concerts and releases fell short of success. Mariska Veres had eventually left the band, following Robbie to join him in his project Mistral. Red Bullet.