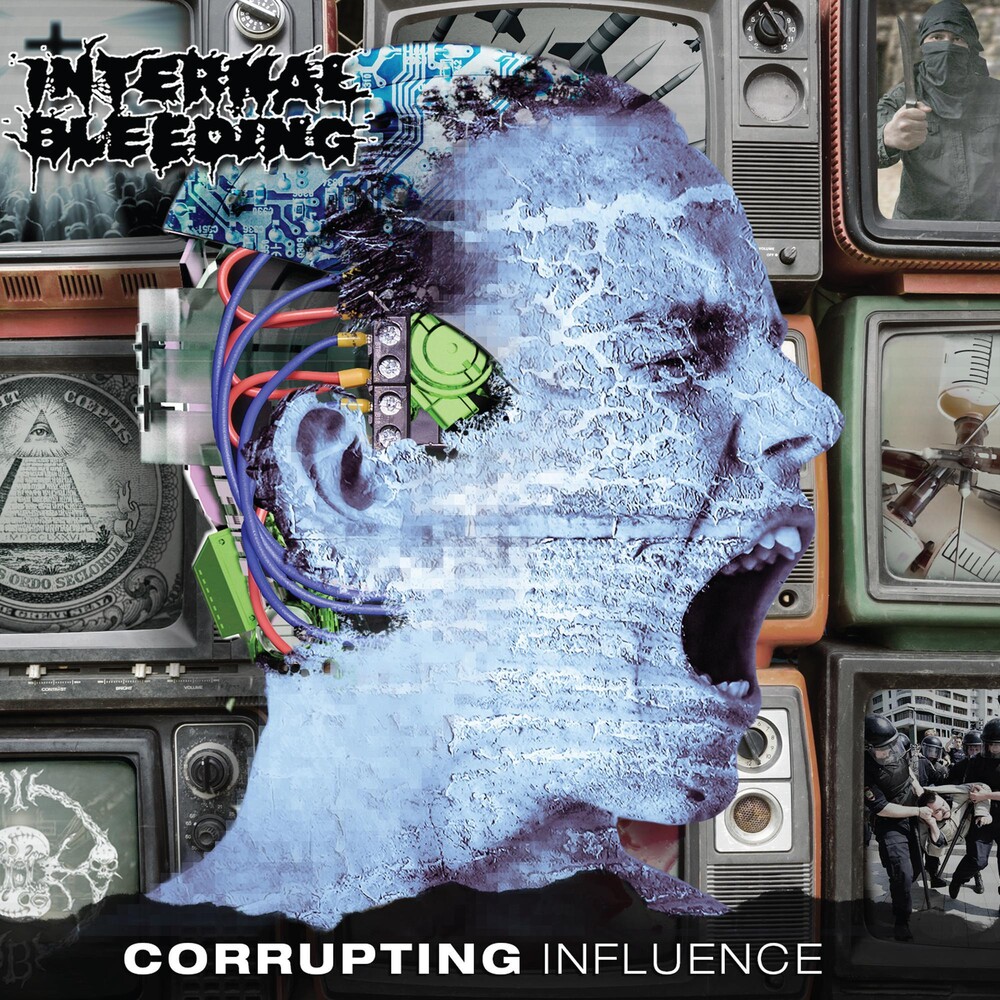 Featuring all of the raw, crushing, groove heavy aggression that fans have come to expect from the group, the album also sees Internal Bleeding continuing to push themselves and the sound that they help create in new and unexpected ways. The 9 track effort was produced by the band alongside Joe Cincotta at Full Force Studios (Suffocation, Dehumanized) in Ronkonkoma, NY, engineered by Cincotta, and features artwork by guitarist Chris Pervelis. Every song on Corrupting Influence shows the bands absolute dedication to their craft and demonstrates exactly why the band have found themselves at the top of the death metal underground for more than two decades.