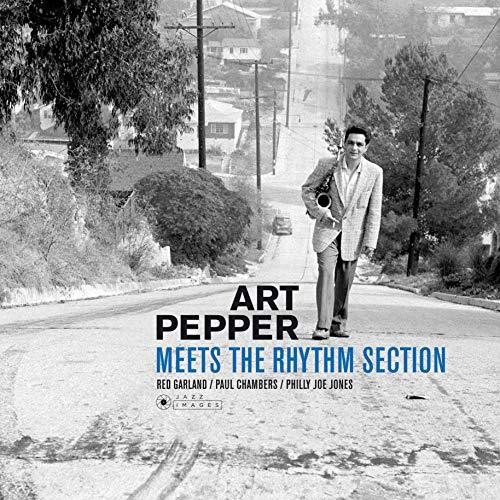 Deluxe 180gm vinyl LP pressing in gatefold jacket. Art Pepper Meets the Rhythm Section is a 1957 jazz album by saxophonist Art Pepper with Red Garland, Paul Chambers, and Philly Joe Jones, who at the time were the rhythm section for Miles Davis's quintet. The album is considered a milestone in Pepper's career. According to Pepper, the album was recorded under enormous pressure, as he first learned of the recording session the morning he was due in the studio, and he had never met the other musicians, all of whom he greatly admired.