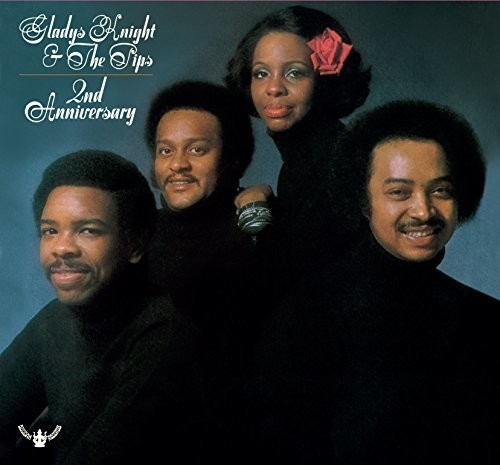 Deluxe Edition: Thick Cardboard Fold Open Mini-LP Replica With Inner Sleeves. 24-Bit Remastered. A milestone for long-running hitmakers Gladys Knight & the Pips, 2nd Anniversary was their fourth studio album Brecorded for the Buddah Records label. It was released in October of 1975 and spawned two Billboard R&B Top Ten singles with "Money" and "Part Time Love." It was also their fourth consecutive Gold album, after their previous releases on the Buddah label: Imagination (1973), Claudine (1974) and I Feel a Song (1974). Knight and the Pips' largest success came after they signed with Motown in 1966. Their top-40 hit "Everybody Needs Love," was followed by the breakthrough success of "I Heard It Through the Grapevine," which became a numbertwo pop hit on the Billboard Hot 100 and a number-one R&B hit for six weeks. The record sold 2.5 million copies, and at the time was Motown's best-selling single ever. In late 1968, "Grapevine" would become an even bigger hit for Marvin Gaye, whose version, recorded before Knight's but released a year afterward, was a number-one pop hit for seven weeks. Knight and the Pips departed Motown for Buddah Records in 1973. Knight later complained that she and the Pips were regarded as a second-string act, and that Diana [Ross] & the Supremes, The Temptations, and Marvin Gaye were given the best songs, while "we took the leftovers." In Knight's autobiography she alleged that Diana Ross had the group removed from being The Supremes' opening act on a 1966 tour for being too good.