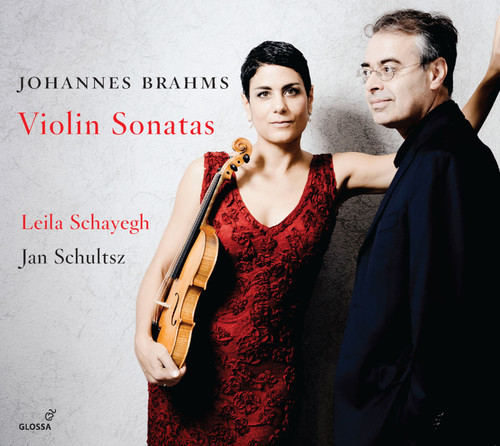 The Violin Sonatas of Johannes Brahms were the product of much self-critical reflection, and the three surviving works are from a composer mature in years. Composed around the same time as the Violin Concerto (No 1), the C minor Piano Trio and the Second Cello Sonata (Nos 2 and 3), they also echo some of his songs, such as those written to poems by Klaus Groth. Into this Romantic atmosphere come new performances of the three works on Glossa, played by violinist Leila Schayegh (particularly fêted for her recordings of Bach, Caldara and Benda), teaming up here with pianist Jan Schultsz. Schayegh plays a copy of a period violin, whilst Schultsz uses an original 1879 Streicherinstrument. The two players aim to recapture the performing tradition as the composer would have known it, and within which he would have intended his pieces to have been played. Schayegh and Schultsz worked with Clive Brown and Neal Peres Da Costa in their efforts to aim for "the spirit rather than the dead letter of the score" and they pay admirable notice of important interpretative questions for music of this time - and they provide an intuitive musical and emotional response to the lyricism of the first two sonatas and the darker-hued tones of the third, investing these late-nineteenth-century works.