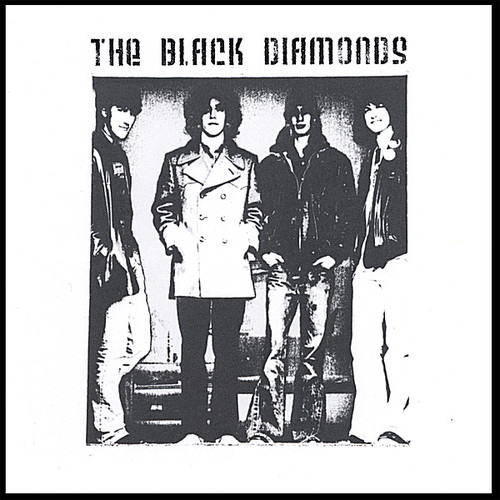 The Black Diamonds Dylan Francis - Guitars/ Vocals Kevin Naughton - Bass/ Vocals John Swatowski - Drums/ Percussion Chad VanGils - Vocals I think I know a thing or two about loud, noisy, kick ass rock-n-roll, and these kids have swiped the best elements from all that rotten '70's rock, personalized it and made it their own! What the hell is better than that? Jeff Magnum - Bass Player "The Dead Boys" Here in Cleveland we have a form of music that we affectionately called Rust-Belt Rock and Roll. It's less of a genre and more of an attitude. It's rock and roll music that's low on style and bullsh*t and big on volume. We live in a region that is gritty, hard-working, and honest. Outsiders may only see high poverty, smokestacks, and empty factories, but for us, there's a level of pride in being down but not out and fighting with every last breathe to succeed. We like our rockers to share those same ideals. Here in Clevo, we also have this band that perfectly embodies the sentiments of Rust-Belt Rock, The Black Diamonds. Originally a duo that blasted blues based jams out of a barn in Perry, Ohio, The Black Diamonds, now a four piece, released their full length debut in 2006. Listening to The Black Diamonds, you'll hear elements of old time blues music as well as large riffs and bombastic drums that date back to the hard chargin' Seventies. Though their influences reach back to a bygone era, they're not throwbacks to better days, and they can't simply be labeled as Sabbath and Zeppelin revivalists. The fire and the passion of their Rust Belt Rock and Roll takes their sound right into modern times. Rock. This is the first, full length, album from the Diamonds, recorded in the basement of Dylan Francis on all analog equipment. The album was mixed and mastered at Suma Studios by Paul Hamann (Grand Funk Railroad, Pere Ubu, Firehose, James Gang and Grand Funk Railroad). The Diamonds were awarded "Best New Rock Band" and "Best Single" in Cleveland Scene's Magazines 2006 Music Awards.