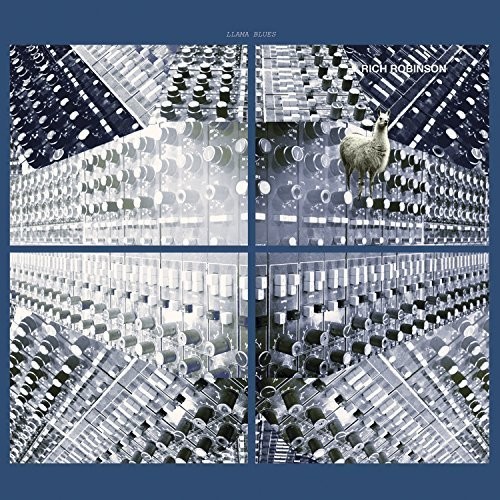 Originally Released on December 5th, 2011, Llama Blues, was released as a companion EP to Through A Crooked Sun. At independent record stores and at live performances, Robinson made available a four-song EP. Intended as a companion to the full-length album, Llama Blues featured blues-based tracks similar in sound to the full LP's final track, "Fire Around."

Eagle Rock Entertainment will be releasing not only his new solo album in 2016, but several newly reimagined re-issues of Robinson s back catalogue. This will be CD and LP reissues of Llama Blues, Paper, Through A Crooked Sun, and Woodstock Sessions. These releases will come complete with bonus tracks, in early 2016. The LP versions will be issued and packaged as colored vinyls: Llama Blues will be released in blue, Paper in red, Through A Crooked Sun in white, and Woodstock Sessions in brown.

These re-issues will lead up to Robinson s yet-to-be-titled new studio album in May of 2016.