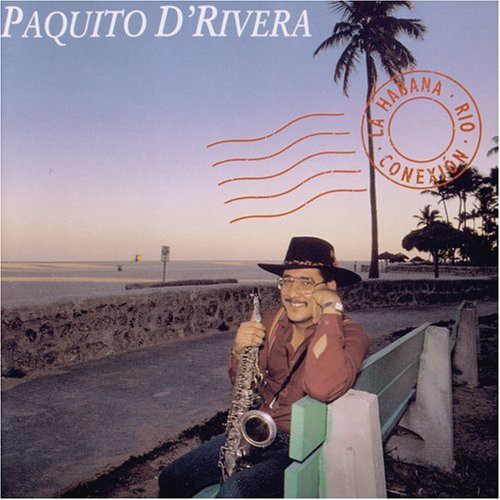 Born on the island of Cuba, Paquito d'Rivera began his career as a child prodigy. A restless musical genius during his teen years, Mr. D'Rivera created various original and ground-breaking musical ensembles. As a founding member of the Orquesta Cubana de Musica Moderna, he directed that group for two years, while at the same time playing both the clarinet and saxophone with the Cuban National Symphony Orchestra. He eventually went on to premier several works by notable Cuban composers with the same orchestra. Additionally, he was a founding member and co-director of the innovative musical ensemble Irakere. With it's explosive mixture of jazz, rock, classical and traditional Cuban music never before heard, Irakere toured extensively throughout America and Europe, won several Grammy nominations (1979, 1980) and a Grammy (1979). Paquito d'Rivera's first recognition as a solo artist by the Grammy Recording Academy came in 1996 with the highly acclaimed recording Portraits of Cuba. Since then, Mr. D'Rivera has received numerous recognitions as an artist and composer. Recently, Mr. D'Rivera received his 8th Grammy for Best Classical Recording for the recording Riberas with the Buenos Aires String Quartet, and is a recipient of the National Medal for the Arts, presented at the White House by President George W. Bush in 2005. Additionally, D'Rivera was named one of the 2005 NEA (National Endowment for the Arts) Jazz Masters and most recently, he was honored in March 2007 with the Living Jazz Legend Award in a ceremony at the Kennedy Center in Washington, DC. He also won a Grammy for Best Instrumental Composition 2004 for his "Merengue" as performed by the distinguished cellist Yo-Yo Ma. In both 2004 and 2006, the Jazz Journalists Association honored Mr. D'Rivera as the Clarinetist of the Year. The National Hispanic Academy of Media Arts and Sciences paid tribute to Mr. D'Rivera with their Annual Achievement In Music Award for his 'outstanding body of work' along with Dizzy Gillespie and Gato Barbieri. In May of 2003, he received a Doctorate Honoris Causa in Music, from the Berklee School of Music. In addition to his awards and recognitions, Paquito d'Rivera is the first artist to win Latin Grammys in both Classical and Latin Jazz categories (2003), for Historia del Soldado (L'Histoire du Soldat) and Brazilian Dreams with the New York Voices. The other historic recipient who has won duo Grammys in both Classical and Jazz categories is Wynton Marsalis. In 2000, D'Rivera's Tropicana Nights received a Grammy. That same year, he received a nomination in the classical category for his Music of Two Worlds, featuring compositions by Schubert, Brahms, Guastavino, Villa Lobos, and Mr. D'Rivera himself. A 2001 Latin Grammy was awarded for his Quintet's recording of Live at the Blue Note along with a nomination in the Classical Crossover category for The Clarinetist Vol. I. In 2002, he won again as a guest artist on the Bebo Valdes Trio's recording El Arte Del Sabor. Mr. D'Rivera is Artist in Residence at the New Jersey Performing Arts Center (NJPAC), and serves as a member of the board of directors of many influential artistic organizations in the United States, impacting both classical and jazz musical idioms. For ten years, Mr. D'Rivera has been Artistic Director of the famous world-class Festival International de Jazz en el Tambo in Uruguay. Guest musicians there have included such luminaries as McCoy Tyner, James Moody, Phil Woods and many more.