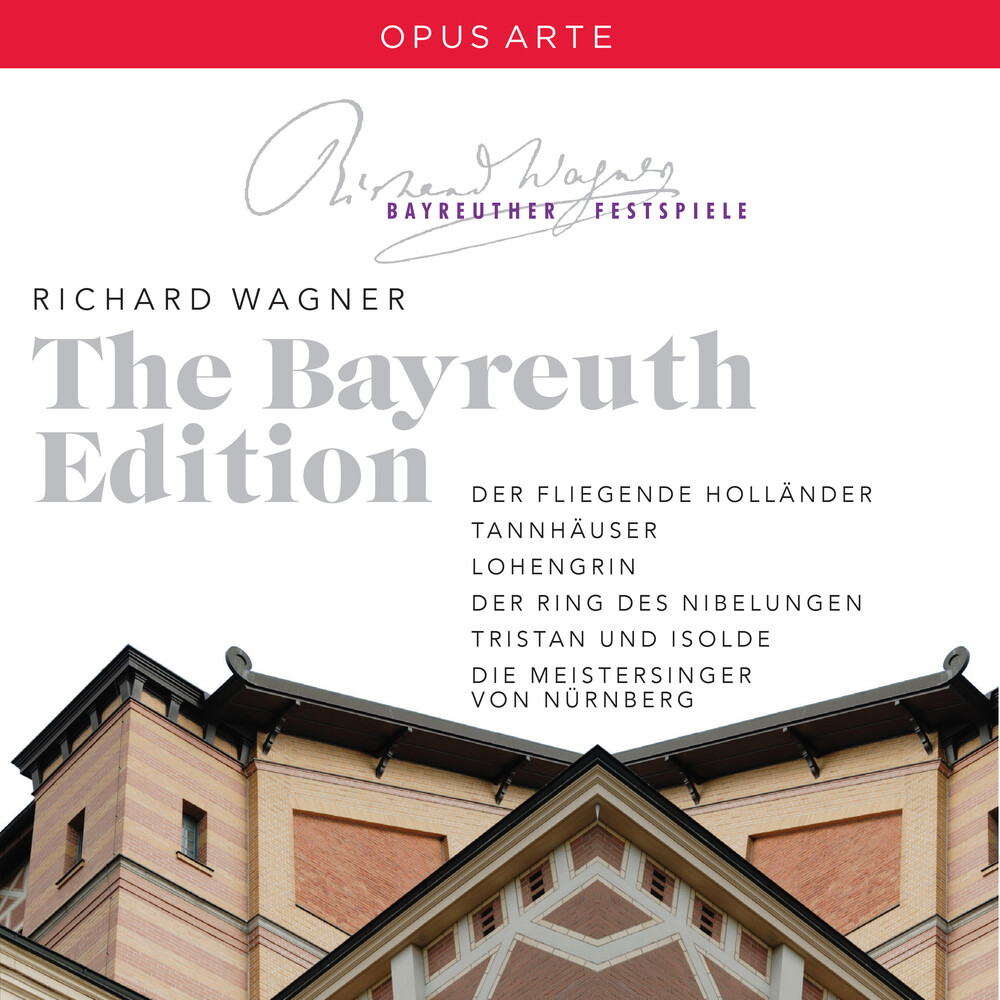 This epic collection brings together all of Opus Arte's recordings from the Bayreuth Festival. Included are many of Wagner's much-admired operas which show how the mastery of composer, conductor, and performer can combine to create a true musical excellence. Wagner's epic four-opera cycle, Der Ring des Nibelungen, is a work of extraordinary scale and is given an interpretation that is both thrilling and sensitive by the conductor Christian Thielemann and a cast of renowned Wagner interpreters. Thielemann also presents an incredible account of Der fliegende HollĂ¤nderin a recording which secured his place as the world's greatest Wagner conductor. Klaus Florian Vogt is staggering in the title role of Lohengrin, with Andris Nelsons brings out the best in the festival chorus and orchestra. This recording of TannhĂ¤user, Wagner's tale of the struggle between spiritual and profane love, and of redemption through love, was described by Opera Journal as 'outstanding', whilst Die Meistersinger von NĂĽrnberg, which tells a humorous tale about artistically inclined craftsmen, was described as 'on an entirely new Wagnerian scale..." (The Washington Post). The set is completed by the critically acclaimed recording of Tristan und Isolde starring the leading Wagner exponents Robert Dean Smith and IrĂ©ne Theorin in the title roles.
back to top