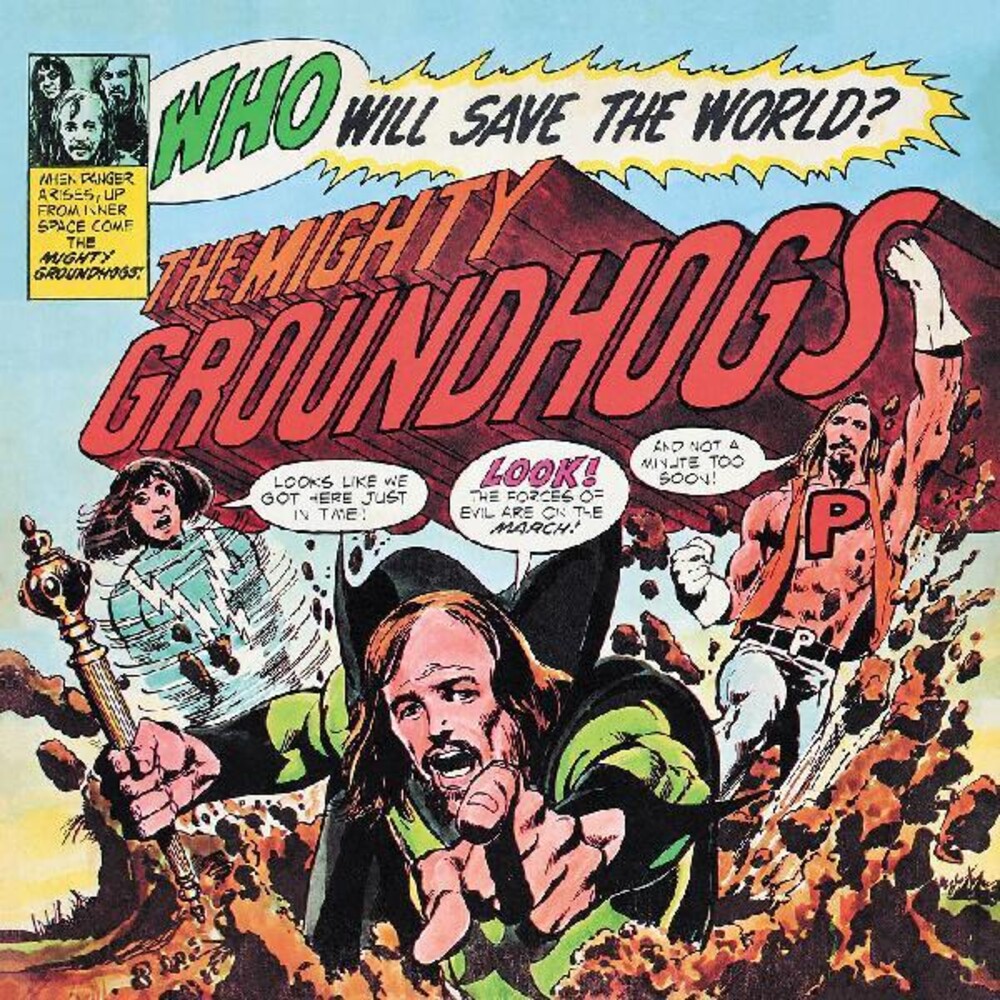 Who Will Save The World
Artist: Groundhogs
Format: CD
New: in stock $14.99
Wish

The final instalment to the trio of masterpieces from the legendary British rock group, The Groundhogs' gets a reissue on black vinyl for the first time since 1991. Treading more progressive realms 'Who Will Save The World' sees Tony McPhee moving away from the blues territory of their earlier releases and towards a heavier more psychedelic sound. Achieving Top 10 album success back in 1972, 'Who Will Save The World' is the last record that features the classic line up of Tony McPhee, Pete Cruickshank and Ken Pustelnik. A definitive collector's item as part of the ongoing Fire Records catalogue campaign. This special reissue features the iconic artwork with sleeve notes and an interview with the original Marvel artist Neal Adams. Also includes a bonus download of an unreleased live recording from their final live show in Pocono, USA. // 'Having scaled such heights, it's perhaps no wonder that 'Who Will Save The World' saw them assuming mythical powers.' Uncut // 'Fighting pollution, over-population and war, McPhee brought in keyboards mellotron and multi-tracked guitars for a dark, disorientating sci-fi journey through a cyanide poisoned Earth' Mojo
back to top