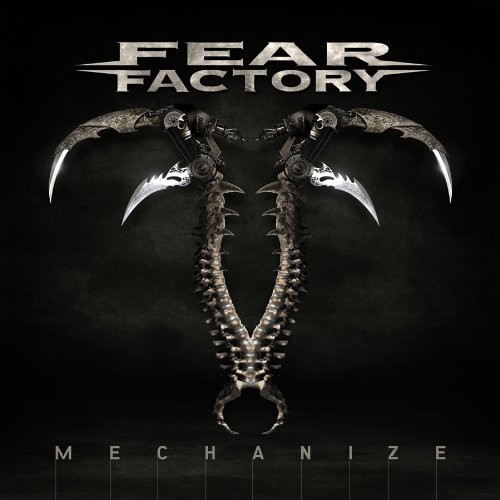 2010 album from the Alternative Metal veterans. Mechanize is a full-fisted blast of passion and innovation that sounds like the missing link betweens 1995's groundbreaking Demanufacture and 1998's more texturally nuanced Obsolete. Songs like 'Industrial Discipline' and 'Powershifter' are crushing and colossal, melding fast and precise rhythms with vocals that pinwheel from raw and scathing to hauntingly melodic while 'Fear Campaign', which features harrowing spoken word passages, quickly segues into a showcase of punishing beats, rapid-fire riffs and ghostly keyboards. While Mechanize is instantly reminiscent of Fear Factory's most potent moments of discovery, it's hardly a stroll down the old assembly line. The combination of technological advancements and experience of Fear Factory have evolved like a computer virus, constantly reconfiguring itself to maximize it's destructive impact.

''Mechanize'' is the seventh studio album by Fear Factory. It is the first album to feature Gene Hoglan on drums and the first since ''Digimortal'' to include original guitarist and founding member Dino Cazares who rejoined the band after a reconciliation with vocalist Burton C. Bell in April 2009. - Wikipedia