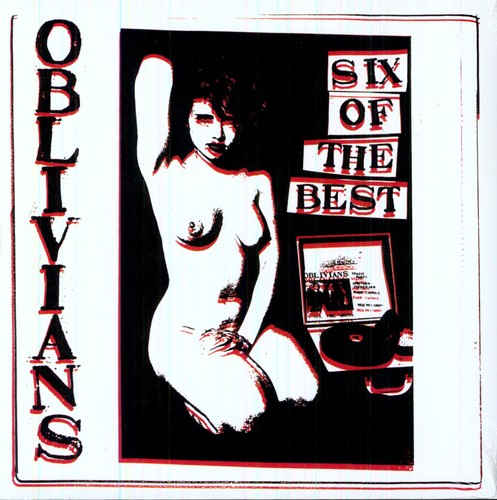 Six of the Best
Artist: Oblivians
Format: Vinyl
New: Not in stock
Wish

Vinyl LP repressing. Oblivion's formed in 1993 and were/are (when the mood strikes them) a world famous trash trio from Memphis, Tennessee. SIX OF THE BEST was their originally released in 1996. The band created a wild, lurid strain of musical mayhem that leveled all (then and today) pretenders to the throne. Contrary to it's title, this release features seven tracks, each a lo-fi masterpiece. You get original classics like 'Clones', 'Can't Afford You' and 'Memphis Creep'. Oblivion's, with their undeniable swagger and reckless abandon, insured their place as one of the most prominent bands in the underground Punk Rock scene.