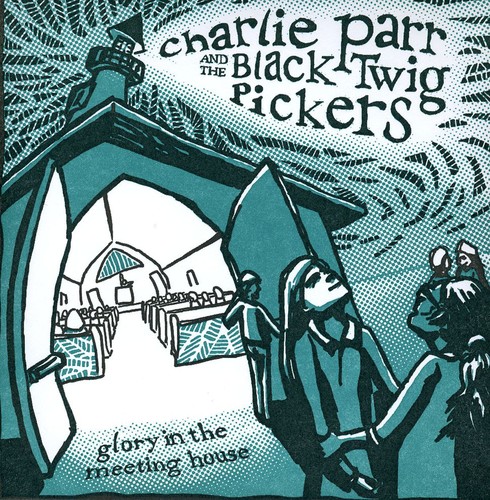 At the end of May in 2010, Charlie Parr and the Black Twig Pickers holed themselves up in a shed in rural Ironto, Virginia and recorded the album that would become "Glory in the Meeting House." Part country, part gospel and completely old-time, this session sounds ancient and new simultaneously. Parr's haunting and gritty vocals combines with the fiddling, strumming and plucking of the Black Twig Pickers to bring the listener right into the shed with them. "Glory in the Meeting House" pulls together popular country gospel numbers like "Jesus on the Mainline" and "What a Friend We Have" to rarer numbers like "They Whupped Him Up the Hill" and Parr's new composition "Where You Gonna Be (When the Good Lord Calls You Home)?" Charlie Parr plays original and traditional folk and Piedmont-style blues, accompanying himself on National resonator guitars, 12-string guitar and sometimes a banjo. Based in Duluth, Minnesota, Charlie has played all over the USA and Europe and Australia and released six acclaimed albums. The Black Twig Pickers got their start in a dark alley between the campers at the 1999 Galax Old Fiddlers Convention, choosing their name from an archaic apple variety in founding fiddler Ralph Berrier Jr.'s family orchard. Since then, the Black Twig Pickers' fiddle/banjo / guitar /washboard sound has been heard in dives, barns, streets and dances from Amsterdam to Atlanta, yet remains solidly rooted in a corner of Southwest Virginia where four other states are closer than the Virginia capital.
back to top