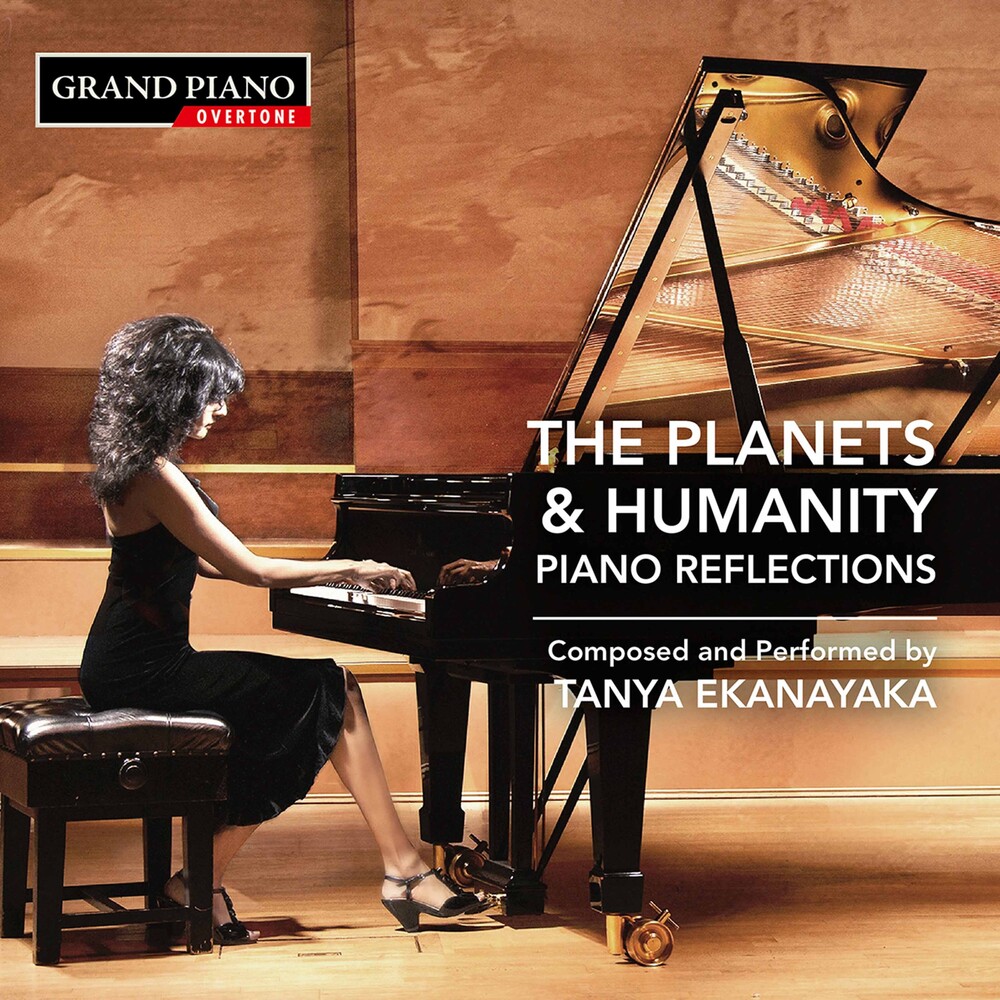 The eight works in this album explore reflections on the eight planets of the solar system and the earth's seven continents. Most bear echoes of traditional melodies originating from indigenous peoples. Largely composed during the COVID-19 pandemic, Tanya Ekanayaka's passionate awareness of the connections and congruences between the past and present is reflected in her vision of harmonious co-existence. In this cycle she presents a tapestry of moods - tenderness, fantasy and vivid 'trans-creations' of ancient melodies. DR TANYA EKANAYAKA is an internationally acclaimed and award-winning Sri Lankan-British concert composer-pianist. Although trained as a pianist, her compositional skills are the result of a purely intuitive and natural development. Influenced by her multifaceted background, multilingualism, ambidexterity and partial color synesthesia her works which she describes as 'deeply autobiographical' and which evolve when she is at the piano (and at times in her dreams), have not been scored in any form but remain precisely frozen in her memory once evolved. Consistent with her interdisciplinary background, she holds a doctorate for interdisciplinary research involving Linguistics and Musicology from The University of Edinburgh, where she has also been engaged part time in academic teaching since 2007, as well as advanced academic and professional qualifications in Music Performance, Linguistics and Literature.