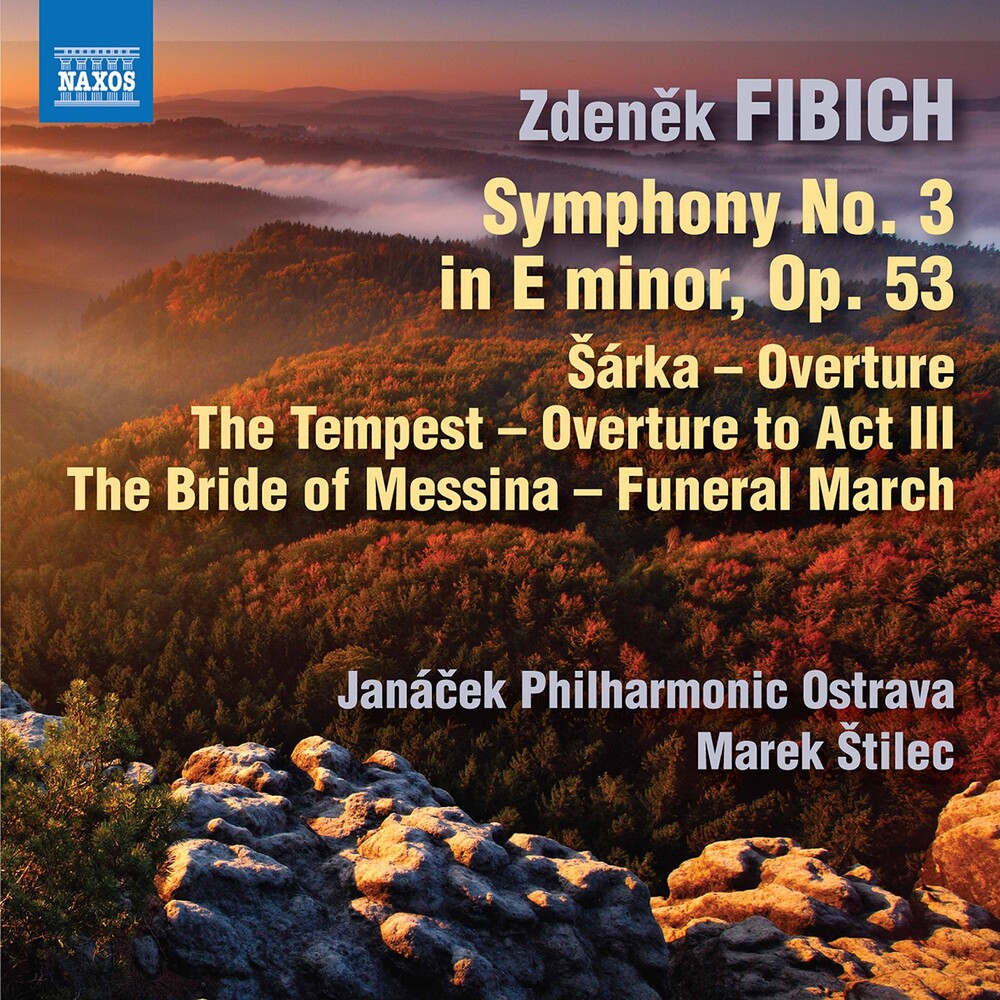 Zdenek Fibich's three symphonies project very different qualities: No. 1 (available on 8.572985) prizes structural integration, and No. 2 (8.573157) cyclical unity. Symphony No. 3, written only two years before his untimely death, but at the zenith of his powers as one of the Czech Lands' leading composers, reveals Fibich's sustained melodic and atmospheric powers as the music pursues the 'darkness to light' trajectory synonymous with the symphony during the 19th century. The remaining pieces, drawn from his best stage works, showcase operatic qualities that extend the dramatic lineage of Smetana. This is the final volume in this series. Marek Stilec is an alumnus of the International Järvi Academy and Jac van Steen's Emerging Conductors Series, and has participated in the masterclasses of Michael Tilson Thomas and Jorma Panula, among others. He conducts a wide range of leading orchestras, including the New World Symphony, the Ulster Orchestra, Das Kurpfälzische Kammerorchester Mannheim, the Wiener Concertverein Orchester, the Orchestra of the Swan, the London Classical Soloists, the Berlin Camerata, the Kammerphilharmonie Graz and Sinfonietta Bratislava, as well as the top orchestras in the Czech Republic.