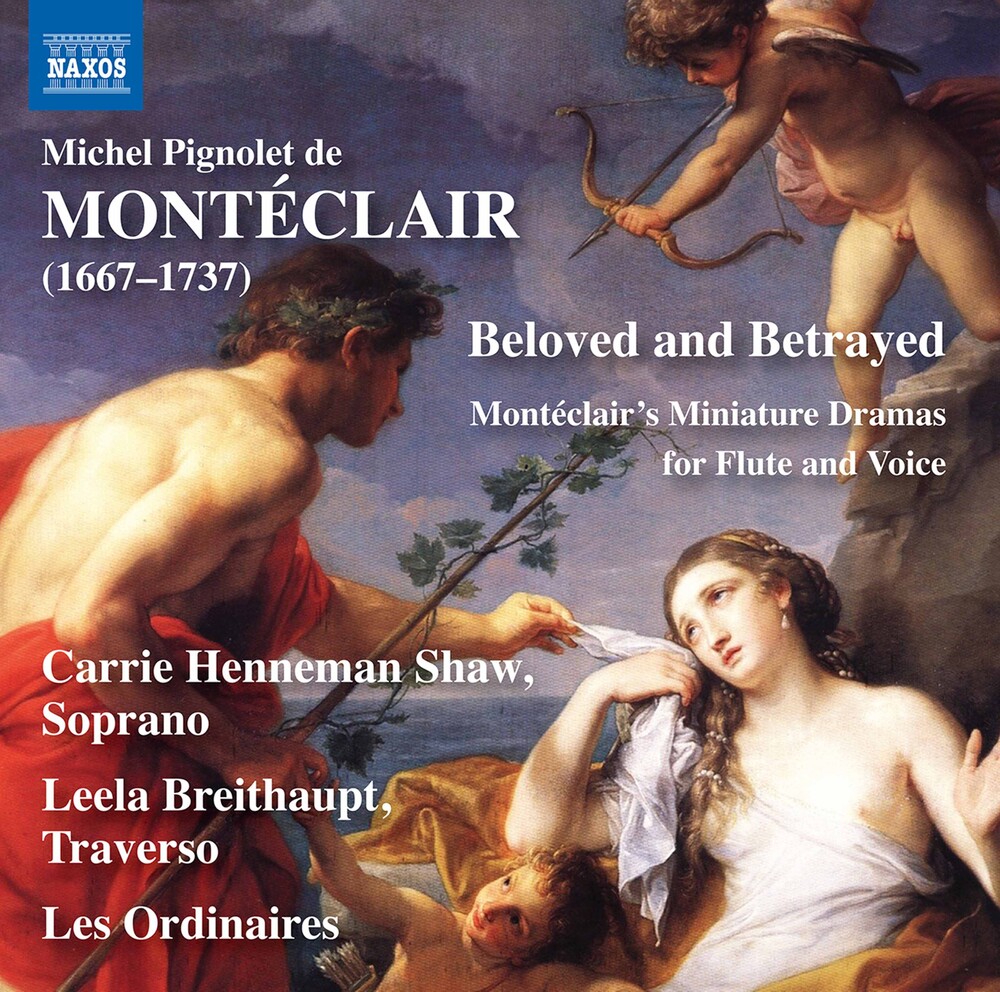 Michel Pignolet de MontĂ©clair, a noted basse violon player in Paris, composed a small but exquisite body of innovative works in a variety of forms, including an opera-ballet. He was also an important figure in the composition of music for flute at a time when innovations in design brought it to prominence as a solo instrument. This album traces his earliest published pieces through to his mature works of the 1730s. They show how MontĂ©clair's use of vocalized writing, and his ornate and complex obbligati in the cantatas proved to be pivotal in the development of the transverse flute. Les Ordinaires brings us as close as can be imagined to the private spheres of one of the most flamboyant European royal figures of all time. Each composer's contribution is a refined gem of Baroque taste, whether it be through musical reference to poetry, the gamut of human emotions, forms of dance or idealized depictions of life within and beyond the walls and gardens of the palace. The ensemble made their Naxos debut in 2018 in the album Inner Chambers (8.573814), described as 'relaxed music for gentle enjoyment... presented with fine stylish feeling' by American Record Guide.