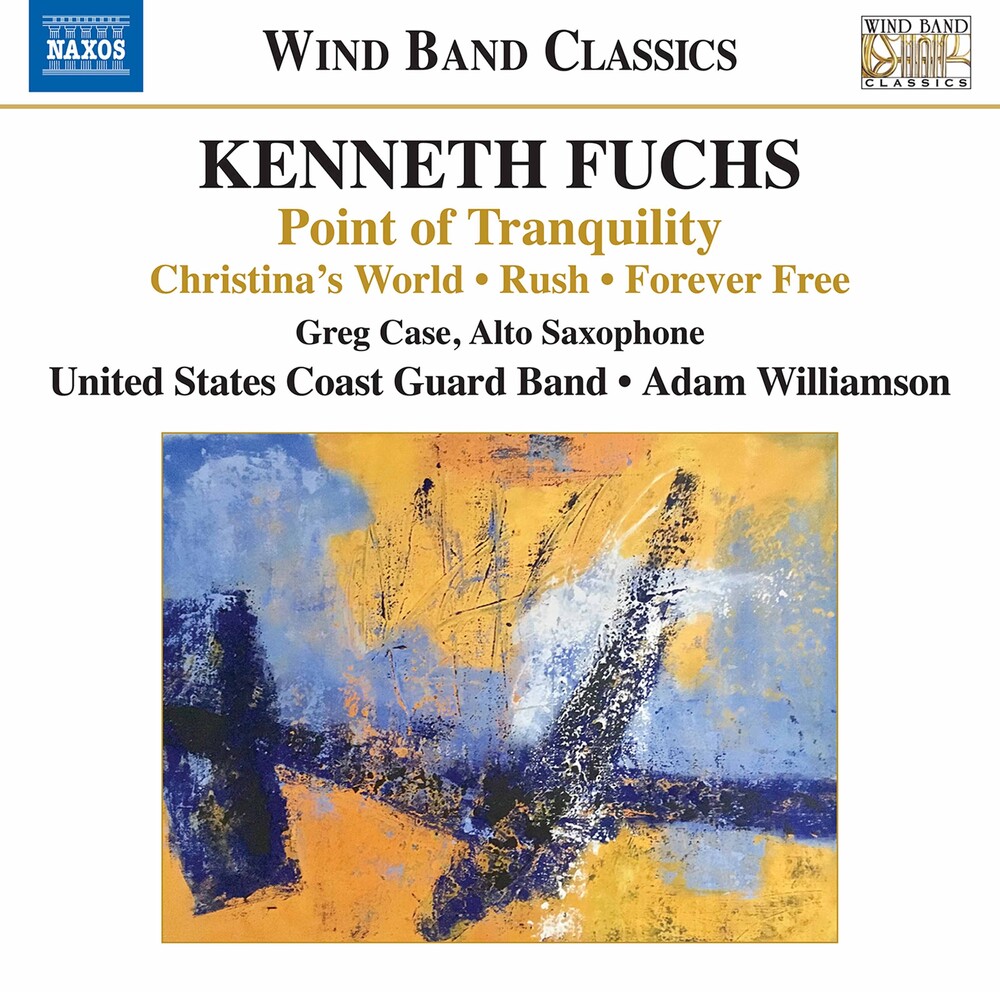 The fifth Naxos recording of works by Kenneth Fuchs with the London Symphony Orchestra, conducted by JoAnn Falletta, won the Grammy Award in 2018 for Best Classical Compendium. This new album reveals his mastery of the band medium and features the exceptional United States Coast Guard Band, in definitive performances of seven works for symphonic winds by one of America's leading composers. Kenneth Fuchs is one of America's leading composers, and has written music for orchestra, band, voice, chorus, and various chamber ensembles. This release features the alto saxophone concerto Rush, in it's version with wind ensemble, presented by soloist Greg Case, who is co-principal saxophonist of the United States Coast Guard Band and has been a member since 1997.