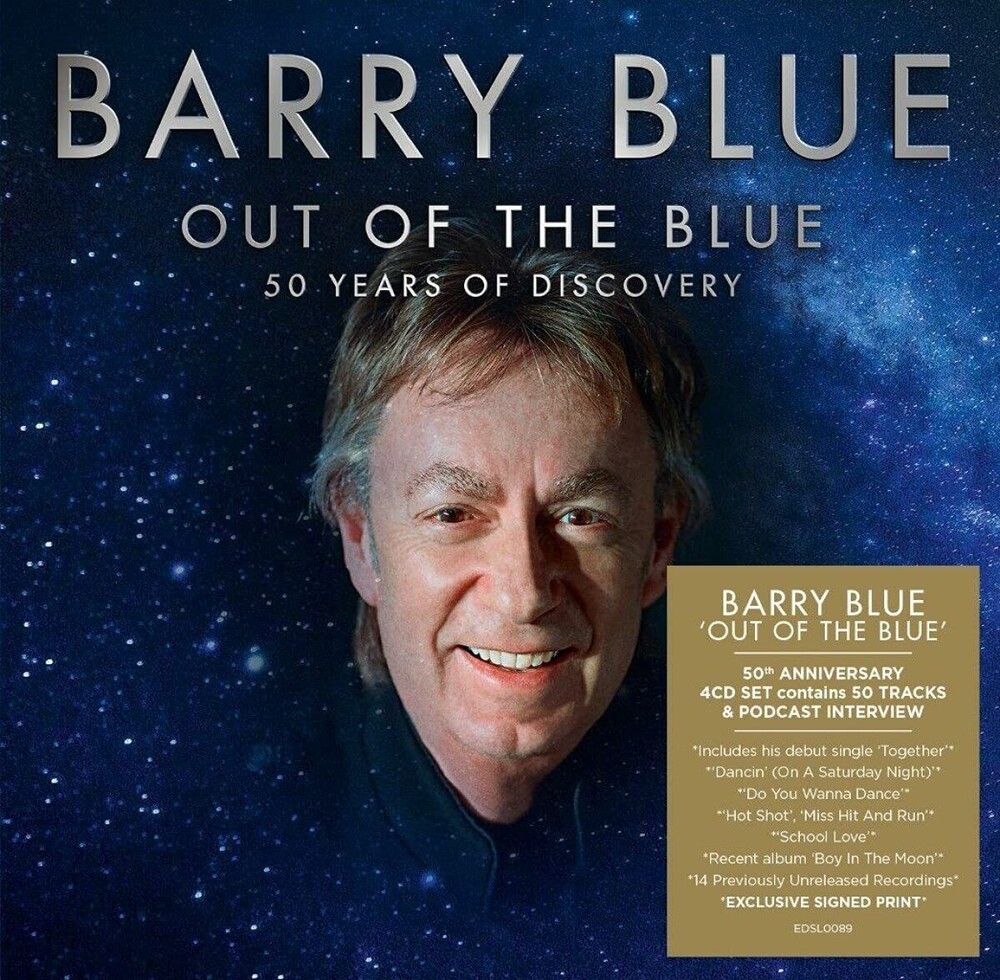 Out Of The Blue: 50 Years Of Discovery (Uk)
Artist: Barry Blue
Format: CD
New: Not in stock
Wish

Four CD set. One of the UK's best-selling all-round talents, as a songwriter, producer and glam rock pop star! As a songwriter, producer and glam rock pop star, Barry Blue has sold more than 45 million records, had approximately 50 worldwide hits and has registered more than half-a-billion streams! Out Of The Blue - 50 Years Of Discovery focuses not just on Barry Blue's songwriting but on him as a recording artist, who has transcended the decades, keeping relevant in those times. This set celebrates 50 years since the release of his debut single 'Together', which is included on this set, alongside all of his UK hits, 'Dancing (On A Saturday Night)', 'Do You Wanna Dance', 'School Love', 'Miss Hit And Run' and 'Hot Shot'. Also included are album tracks, non-album b-sides and his 2020 album Boy in the Moon. The album features his songs that have been recorded by other artists, including 'Escaping' Which was a #3 hit for Dina Carroll. To make this anniversary release even more special, Barry has opened-up his archive to allow 14 completed but unreleased recordings, be available for this set. These tracks were recorded between 1973 and 1990 and include his later versions of co-written Lynsey de Paul's 'Sugar Me', and Toto Coelo's "I Eat Cannibals". Other great songs have been unearthed which include new wave, ballads, pop, soul and dance as he became an in-demand writer for young artists. This is the first time that such a comprehensive set of his own recordings has been released.