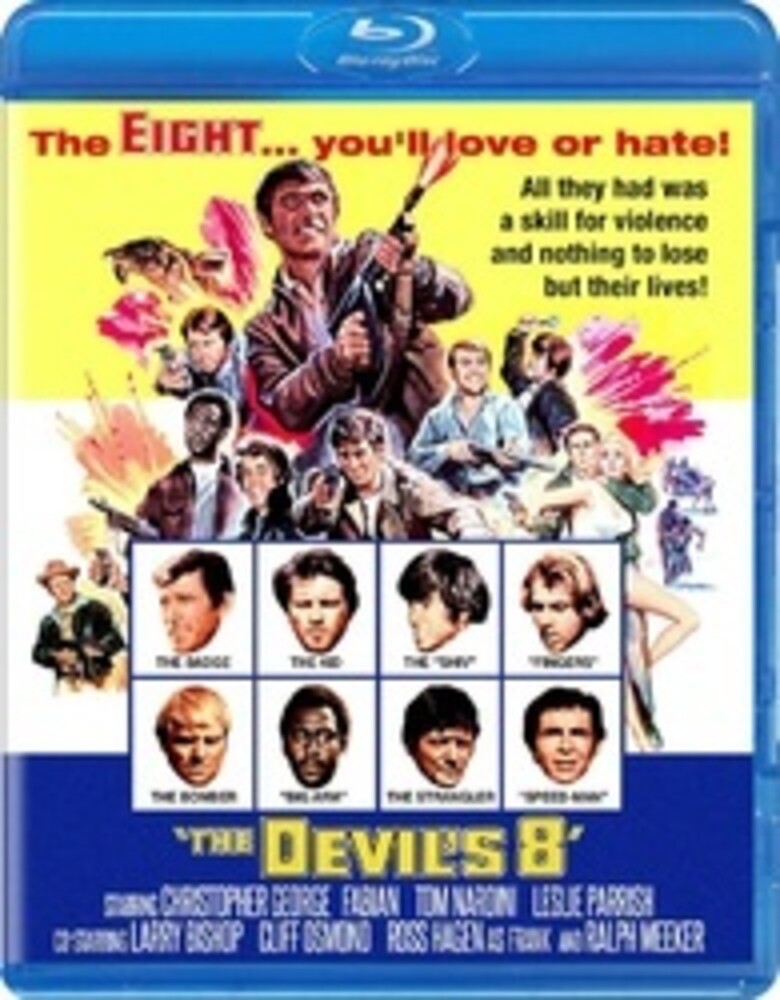 Federal agent Ray Faulkner (Christopher George) had to think outside the box if he wanted to bring down a moonshiner (Ralph Meeker) who had the local authorities bought and paid for. So he and his partner (Ron Rifkin) sprung a half-dozen hardcases from a chain gang-promised them parole for their cooperation-and turned them into a strike force ready to blow the bad guys' operation to hell. Long-demanded actioner co-stars Fabian, Leslie Parrish, Tom Nardini, Ross Hagen. 98 min. Widescreen; Soundtrack: English; Subtitles: English; featurette; theatrical trailer.