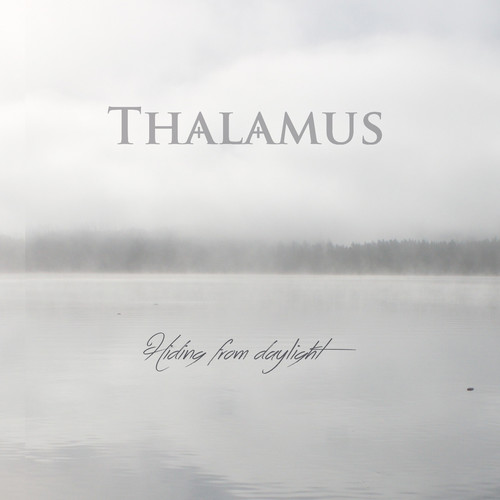 Vinyl LP pressing. Four years have passed since Thalamus released their previous album Soul. Now they're finally back with their fourth album, Hiding From Daylight. It is ten years since the Thalamus took form as a band and Hiding from Daylight marks a clear return to the raw sound that was to be found on the debut album. Thalamus spawned in 2006 from former members of Cryonic Temple, Kjell-Ronnys Pop Orchestra and LavskĂ¤ggĂ¤. Kjelle met up with Janne and Basse and formed Thalamus. A month later Peter joined the band. Out of this came the highly acclaimed album Beneath a Dying Sun. Jan Cederlund and HĂĄkan Danielsson left Thalamus 2010 and was replaced by Mats Gesar and Joakhim Ă…slund. The second album named Subterfuge was released in the fall 2011 and went straight to #6 on the Swedish album charts.
back to top