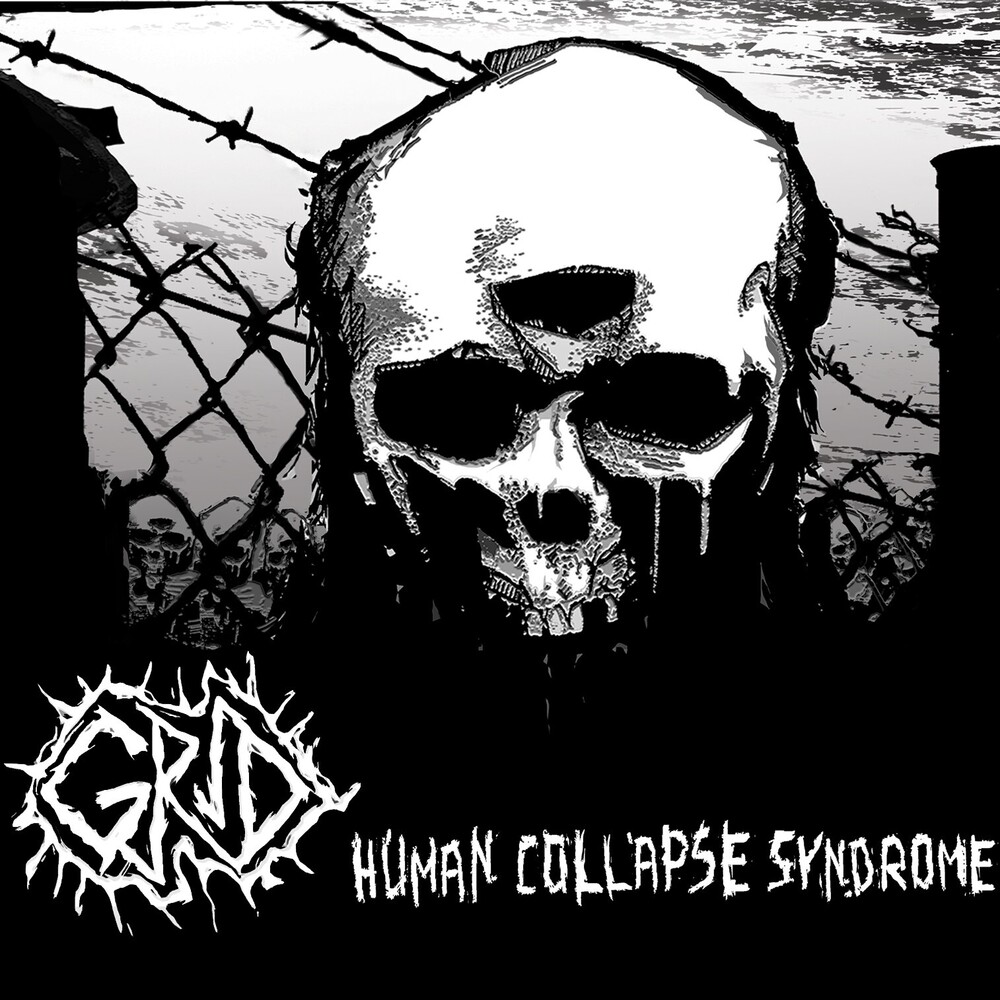 Grid's Human Collapse Syndrome is as intense as it gets. It's blasts in a hyper intense speed with screeching guitars, disjointed and angry vocals alongside the unbridled fury of hardcore drum beats. If you're not already a fan of grindcore, you're not likely to get much out of this album. It's a hail of noise with occasional hooky moments such as the ending to Sluta Grat when the intensity drops to allow a bit more rhythm and clarity. Music like this works best when it's short with quick blasts to the head. Human Collapse Syndrome delivers that with the 28 second title track that looks to rip your brain out via your ears. However there are some longer tracks that focus on a more guttural vocal style. Fooled, in particular, coming at the end of the disc is a harsh sounding piece of grinding metal. It's got some meaty riffs that have a more methodical pace, far easier to pick out and far more enjoyable. Human Collapse Syndrome finishes on the high-energy Out Of Air, an absolutely furious smashing of instruments. The aggression here is unmatched by anything heard so far, an ending that puts the exclamation point on a hell of statement. If you want to clean up your head then don't look any further. The Swedish grindcore act Grid will do this for you. 2017 release from the Swedish grindcore band.