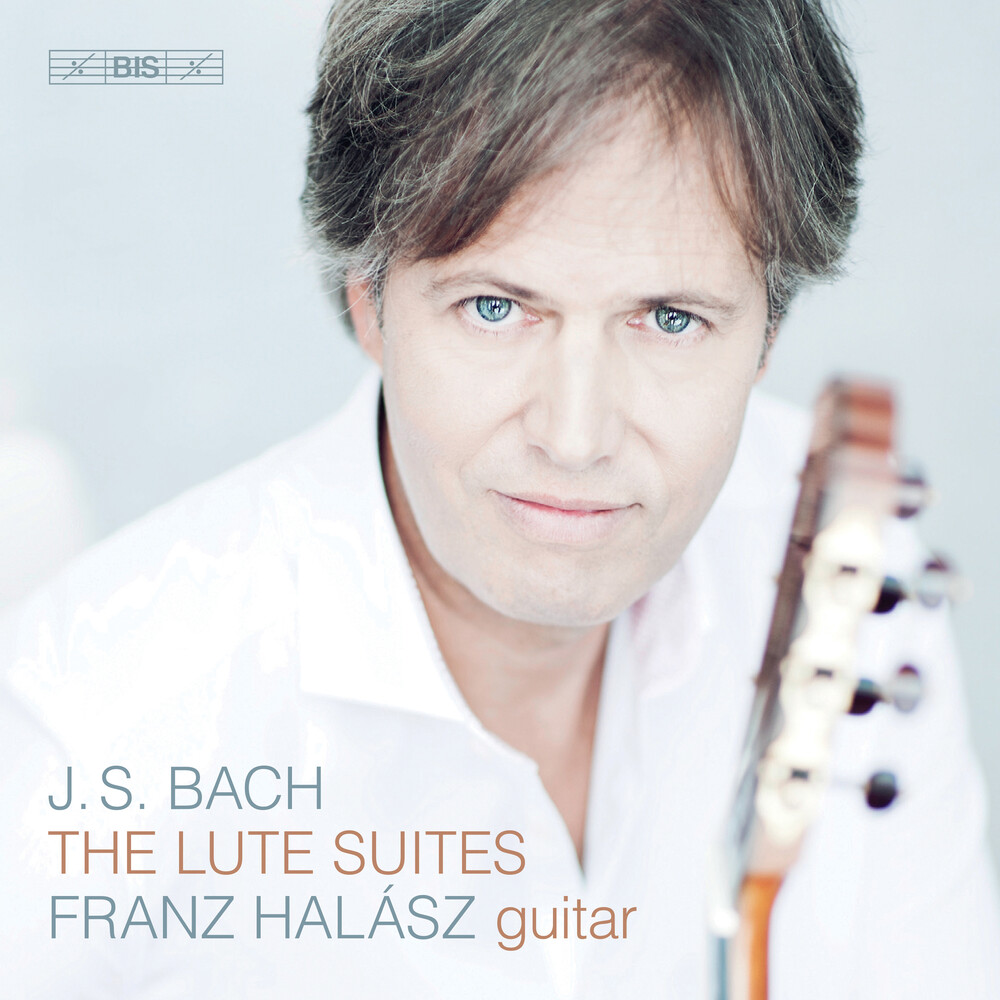 The universal appeal of the music of Johannes Sebastian Bach is such that most musicians, regardless of their instrument, long to play it. As a consequence, his works are constantly being arranged for other instruments - following a practice that Bach himself excelled at, repeatedly reworking his own music as well as that of others. A case in point are the four so-called lute suites, all of which now belong to the standard repertoire of most concert guitarists. To what extent they were originally composed for a plucked instrument has always been a matter of contention and has given rise to many hypotheses. They hail from various periods in Bach's career, and range from youthful elan (BWV 996) by way of the zenith of artistic creativity (BWV 995, 1006a) to serene maturity (BWV 997). For this recording, Franz Halász has himself transcribed two of the suites, performing the others in arrangements by Ansgar Krause. For reasons of practicality, the suites in G minor and C minor are usually transposed when played on the guitar, but the present arrangements have made it possible to record all four works in their original keys for the first time on the guitar. An unusually generous playing time furthermore allows them to be collected on a single disc. Franz Halász appears on a number of acclaimed albums for BIS, in a wide-ranging repertoire including Bach's three sonatas for solo violin, which he, according to one reviewer makes 'entirely his own' (BBC Music Magazine).