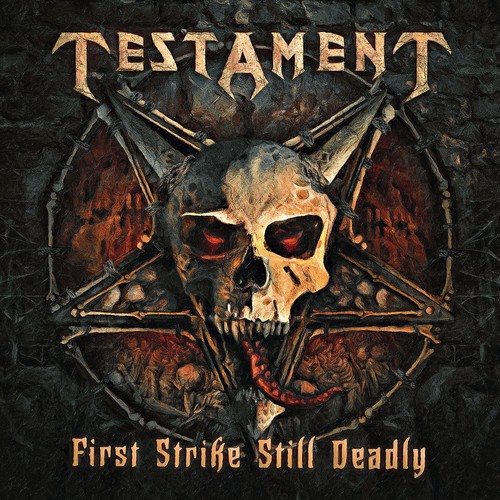 Limited 140g green colored vinyl LP pressing housed in a gatefold sleeve, includes a 7 inch green colored single. Formed in 1983 around the Bay area of northern California, Testament rose to prominence alongside thrash luminaries like Metallica, Exodus and others. Since then the band has released eleven full length records, the last being "Brotherhood of the Snake" on Nuclear Blast in 2016. Testament is one of the true originators & innovators of American heavy metal and 30+ years in they still deliver on stage and on record! Originally released in 2001 "First Strike Still Deadly" found Testament rerecording tracks that were live favorites as well as a track called "Reign of Terror" from their first demo.