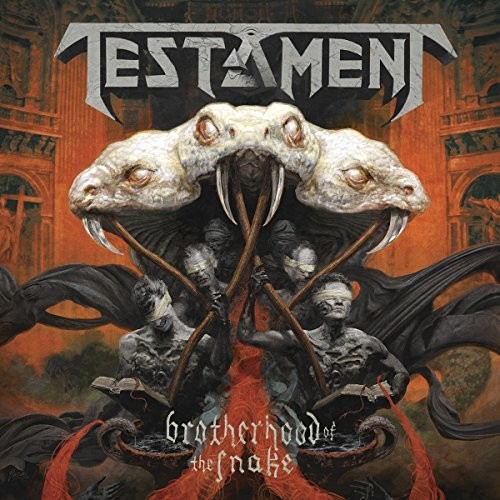 Brotherhood of the Snake is the eleventh studio album by American thrash metal band Testament, tentatively due for release on October 28, 2016. It will be the band's first studio recording with bassist Steve DiGiorgio since First Strike Still Deadly (2001). Brotherhood of the Snake will also mark Testament's fifth collaboration with Andy Sneap, who had mixed and engineered all of their albums since The Gathering (1999) and produced Dark Roots of Earth (2012). Asked about the musical direction of Brotherhood of the Snake, Peterson replied, "It's different. This one is more thrash. I mean, this has got some of the fastest stuff that we have ever played.