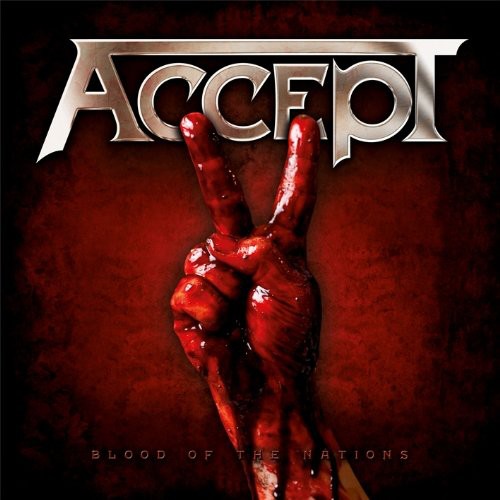 2010 album from the veteran German metal band, their first studio album in over a decade and the first to feature Mark Tornillo on vocals. Blood of the Nations was recorded over the winter of 2010 at Backstage studio in Derbyshire, England with celebrated British producer, Sabbat guitarist and long-time Accept fan Andy Sneap. A vibrant and mesmerizing album, Blood of the Nations harnesses everything that earned Accept the status of a true Heavy Metal legend thunderous riffs, blinding guitar leads with intricate melodies, aggressive vocals and infectious, undiluted Metal songs with a bite that are destined to once again put Accept where they belong - the oligarchy of the Heavy Metal world.