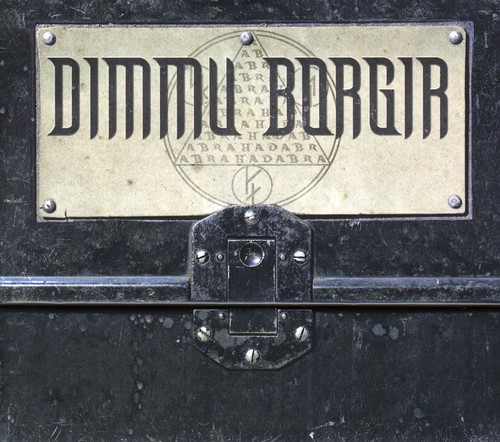 Norway's finest, Black Metal Legends DIMMU BORGIR, strike back with their ninth opus 'Abrahadabra' and it is their most elaborate and thrilling effort so far! The follow-up to the highly acclaimed 'In Sorte Diaboli' which was released in 2008, shows Dimmu Borgir in a new but even stronger formation. A complete orchestra was used for the recording of the album, which gives it an unbelievable epic and mystique sound. Combined with the great guitar work, the blasting drums and the dark and harsh vocals done by vocalist Shagrath, who's on top of his game at this album, Dimmu Borgir create what will surely be a massive influence to the complete Black Metal scene. Once again, Dimmu Borgir have proven that they are the undeniable kings of the genre. Limited deluxe box including DIGIPAK + book available with bonus track etc.