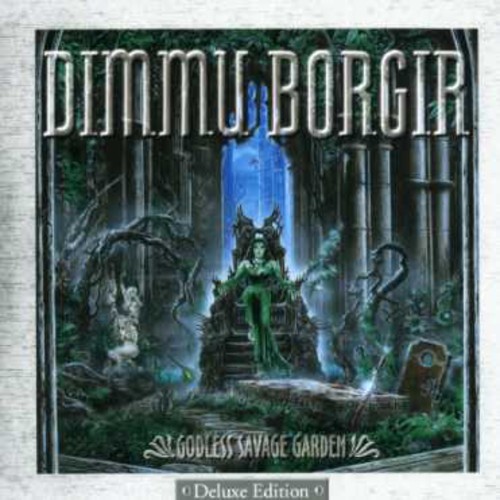 Deluxe edition of this awesome release from one the best and most influential black metal bands. Features 2 bonus tracks recorded in Brazil from 2004. 2006.

''Godless Savage Garden'' is a compilation album by Norwegian melodic black metal band Dimmu Borgir. It was released in 1998 by Nuclear Blast and re-released on 3 October 2006 with 2 bonus tracks.

The first four tracks were recorded during the ''Enthrone Darkness Triumphant'' sessions which "Raabjørn speiler draugheimens skodde" also appeared on.

This is the last album to feature former keyboardist Stian Aarstad and first to include guitarist Astennu. - Wikipedia