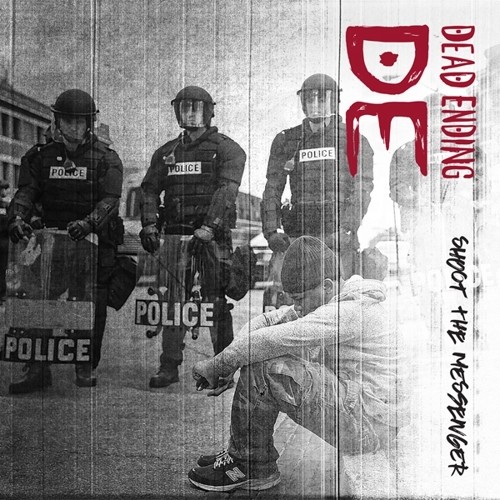 Vinyl LP pressing. With the world's current political systems in a state of flux, it's only fitting that Dead Ending return with Shoot The Messenger. Politically charged, this electrifying release is a call to arms for those willing to speak out against the destruction of democracy clutched in the hands of clowns posing as elected officials. The band lashes out at the throats of the 1% like a cornered, savage beast hungering for the blood of it's oppressor. Unrelenting, uncompromising and unwilling to turn a blind eye, they push forward with their spirit of chaotic hardcore in an effort to educate the masses to stand up and be heard. Founded by The Bomb guitarist Jeff Dean, this current line-up includes Vic Bondi, front-man of the legendary Chicago punk band Articles of Faith, Derek Grant, drummer of Alkaline Trio and newest recruit, and Nathan Voorhees (Ensign, Vision).