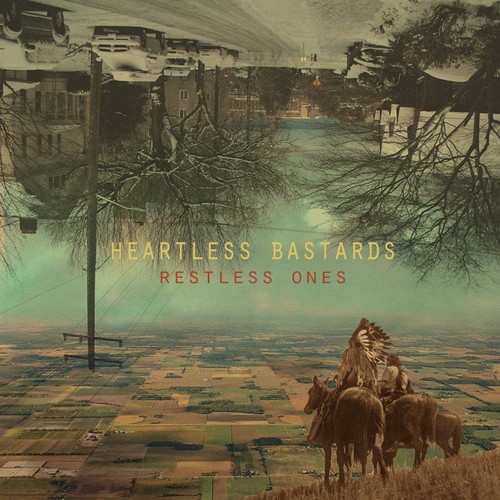 Heartless Bastards have spent the past decade in motion, boldly pushing their unique brand of rock n roll into new shapes over four acclaimed albums and nearly non-stop roadwork. Now, with RESTLESS ONES, the band sets out once again, blazing a path to a place of shifting moods, seasoned songcraft, and unbridled spontaneity.

Heartless Bastards fifth studio recording and follow-up to 2012 s breakthrough ARROW, the album finds singer/songwriter Erika Wennerstrom exploring as-yet-unvisited avenues of sound and sensation, her bravery and ambition readily apparent in the emotional timbre and the sheer physicality of her songs. Wind Up Bird and Into The Light are straightforward yet stunningly sophisticated, shot through with layered guitars, atmospheric harmonies, hints of synth, and a powerhouse rhythm section adept at both subtle swing and heavy horsepower. Wennerstrom s spellbinding vocals are of course front and center, her one-of-a-kind voice as primal, cathartic, and indefinable as ever.

Having spent the better part of two years on tour, summer 2014 saw Heartless Bastards humming on all cylinders and ready to commence work on their next record. Wennerstrom began honing in on the myriad ideas she had accumulated, developing melodies and arrangements though not yet committing lyrics to paper. She experimented with vowel and consonant noises, toying with untested sounds and instrumentation.GRAMMY® Award-winning producer John Congleton (St. Vincent, Angel Olsen, Swans) was tasked with corralling Heartless Bastards collective energy. The band made significant inroads during pre-production sessions, tightening songs and structures but still leaving things open to chance.

When you record in the city you all live in, it s easy for people to just come in and out of the studio, Wennerstrom says, so vocals and guitar parts and overdubs are often recorded without anyone else hearing them. Recording at Sonic Ranch was a way for everyone in the band to experience the creative process and to be able to offer opinions in real time.

The band put their back into the project as one, living together, dining together, always alert to their mission. The communal nature and concentrated schedule of the Sonic Ranch sessions proved an intense but inspirational combination.

The sessions were marked by Heartless Bastards openness to the unfamiliar, allowing previously untapped influences from The Byrds and Syd Barrett to the Faces and the Flaming Lips to take root in their own distinctive blues-powered rock n roll. Wind Up Bird is given texture and psychedelic lift via a visit from keyboardist John Baggott (Robert Plant s Sensational Space Shifters, Portishead, Massive Attack), while the album-closing Tristessa was born of Wennerstrom s home experiments with guitar loops but then grown by the band into a deeply devotional drone.

As always, Erika s lyrical honesty informs the behavior of the whole project, says Ebaugh. There comes a time in an artist's trajectory when you realize that your entire life experience is expressed through the work, so you better be able to relax and let the work reflect the experience that is yours.

Rich with purpose, passion, and commanding musicianship, RESTLESS ONES captures an idiosyncratic band exploring their craft and soul in an effort to reach a place that s both true and transcendent. Heartless Bastards continue to drive their monumental music ever forward, towards hidden vistas and horizons still unseen.