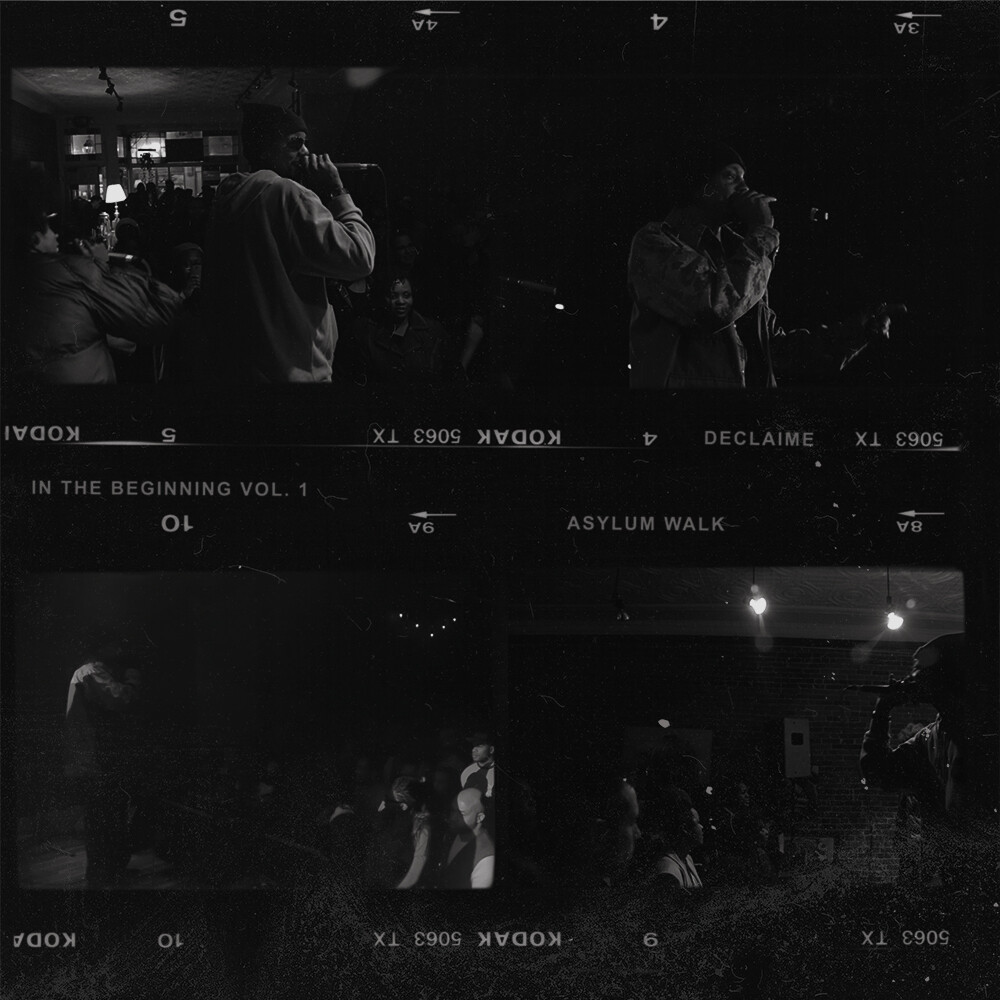 Declaime also known as Dudley Perkins grew up living across the street from Madlib at around the age of eight and nine. They introduced themselves through a week long pop locking battle from across the street, it was Declaime against Madlib and his sister stacey. Once they became friends Madlib began to show Declaime his early beat tapes. He use to use pencils paper foil, pillows and his beatboxing skills which was far advanced back then. Decalime and his family moved and they lost contact for a short time. Declaime would run into Madlib every once in a while in the neighborhood grocery store where Madlib once worked. It wasnt until about 93-94 when Declaime's brother who was still classmates with Madlib aka Otis Jackson and some of the earlier crate diggas palace crew members introduced Decalime to Kankick who was in a group at that time with Otis, WildChild and DJ Romes, they were called the Lootpack. Other crew members were Kazi, Medaphoar, gods Gift, Gran Vanac, Nick Anderson, Abstract Wino and Roc C. Kankick was the leader of a crew called the Fonk Farm, CDP and The Farm were 2 crews in one. Madlib headed CDP. Tons of recordings were made by these two crews, many battles were fought to get any sort of recognition in the town of Oxnard. Madlib with the help of the crew, forged a new sound that soon was heard all around the world, to this day. Collection of tracks recorded from 93-96 at the Crate Diggas Palace in Oxnard California. Originaly pressed up on cassettes and dats, these tracks were lost for almost 25 years. Re-masterd by DJ Rhomes and available for the first time in all formats.