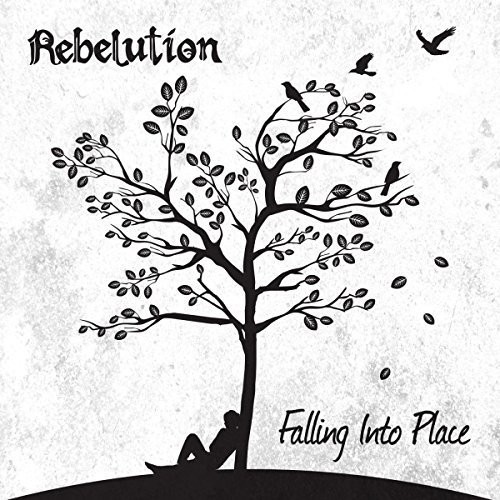 Vinyl LP pressing. A dozen years into Rebelution's stirring career, the release of the California reggae band's fifth album Falling Into Placefinds them more energized than ever. Touring relentlessly since 2014's Count Me In debuted at No. 1 on the Billboard Reggae chart, the band's members have expanded their songwriting horizons and recorded 11 tight new tracks that fuse an ever-youthful attitude of celebration with the mature perspective of men of the world. For Falling into Place, Rebelution's four core members - Rachmany, keyboardist Rory Carey, drummer Wesley Finley, and bassist Marley D. Williams - got some refreshing new perspectives by writing with different producers and writers and recording at multiple studios. For Rachmany, the creativity began with an inspirational trip to Jamaica, the birthplace of reggae, where he did some of the writing. Falling Into Place mingles stories of love gained and lost with reminiscences of years gone by ("Pretty Lady," "Those Days," "Santa Barbara") and socially pertinent songs like "Know It All," which challenges the hatred in an ever-more-violent world and a fraught political environment. Jamaican deejay and one time tour-mate Protoje adds guest vocals on "Inhale Exhale," an intense earworm celebrating the movement towards further legalization of marijuana.