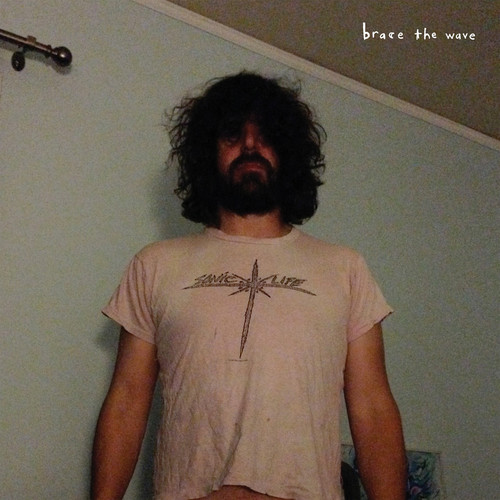 “I recorded ‘brace the wave’ in about 6 days with Justin Pizzoferrato at Sonelab studios in Easthampton Massachusetts ( I have recently moved back to the area after 17 years in LA ). Justin was the engineer for the 3 Dinosaur Jr ‘reunion’ LP’s , “beyond”, “farm” and “I bet on sky” . My ease with Justin meant I approached the sessions with a focus and confidence I don’t usually feel. Songs like “redeemed” , “wave’ and “moving’ reprise my early methods of tuning my ukelele down low and writing the song in the moment , during the recording process. Others like “lazy” and “c+e” are live recordings of traditional-style folk songs , some which I began writing nearly 20 years ago.

The lyrics encapsulate yet another transitional period in my life . I still don’t feel I have a choice but to puzzle over difficult times in my songs. I kept this album short anticipating the listener fatigue associated with a musician who’s been around for 25+ years. As a music obsessive myself, I understand. I like new things too. But here it is, ‘Lou’s Anxiety Song’ versions 740 through 749: ‘brace the wave’ . Thanks for listening.” - Lou Barlow