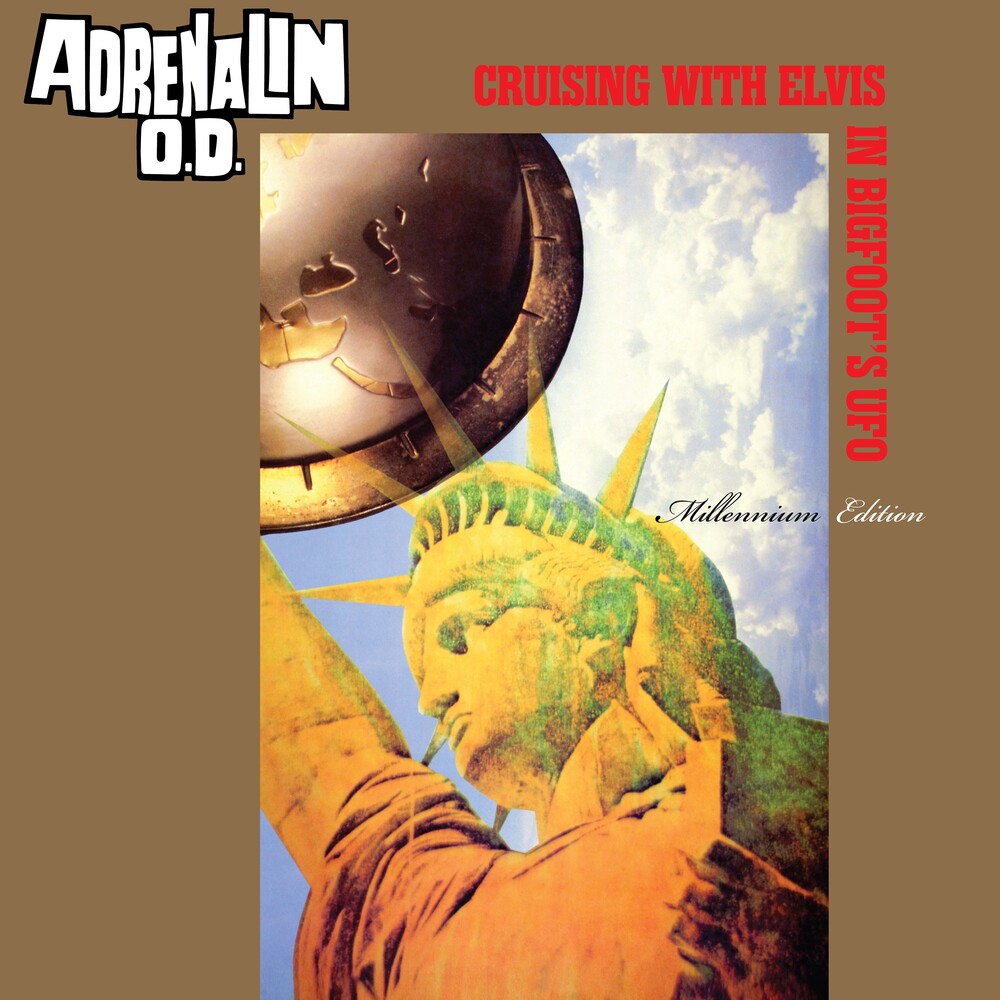 Beer City Records, black vinyl, ADRENALIN O.D. - Cruising with Elvis in Bigfoot's U.F.O. - Millennium Edition LP is the next chapter of the spectacular series of reissue's BEER CITY SKATEBOARDS AND RECORDS is putting out for this band of hardcore legends! On this album AOD not only is turning out fast aggressive songs, but they are starting to belt out some tuneful punk rock songs as well. Not only does this contain all the original tracks that have been restored and remastered from THE ORIGINAL MASTER TAPES, but also included are live tracks when they played Gilman Street back in 1987! So you not only get to experience the live sounds of AOD, but you get all the mayhem, hilarity and cleverness that goes down as well. The fun doesn?t stop there cause this also includes packaging based on the original. Plus liner notes by the band. An interview with them about the live show as well as a poster drawn by the legendary John Holmstrom. If all that doesn?t deliver maximum visual and audio enjoyment nothing will! Paul still may not be home, but at least you can once again own this piece of HXC/punk history!