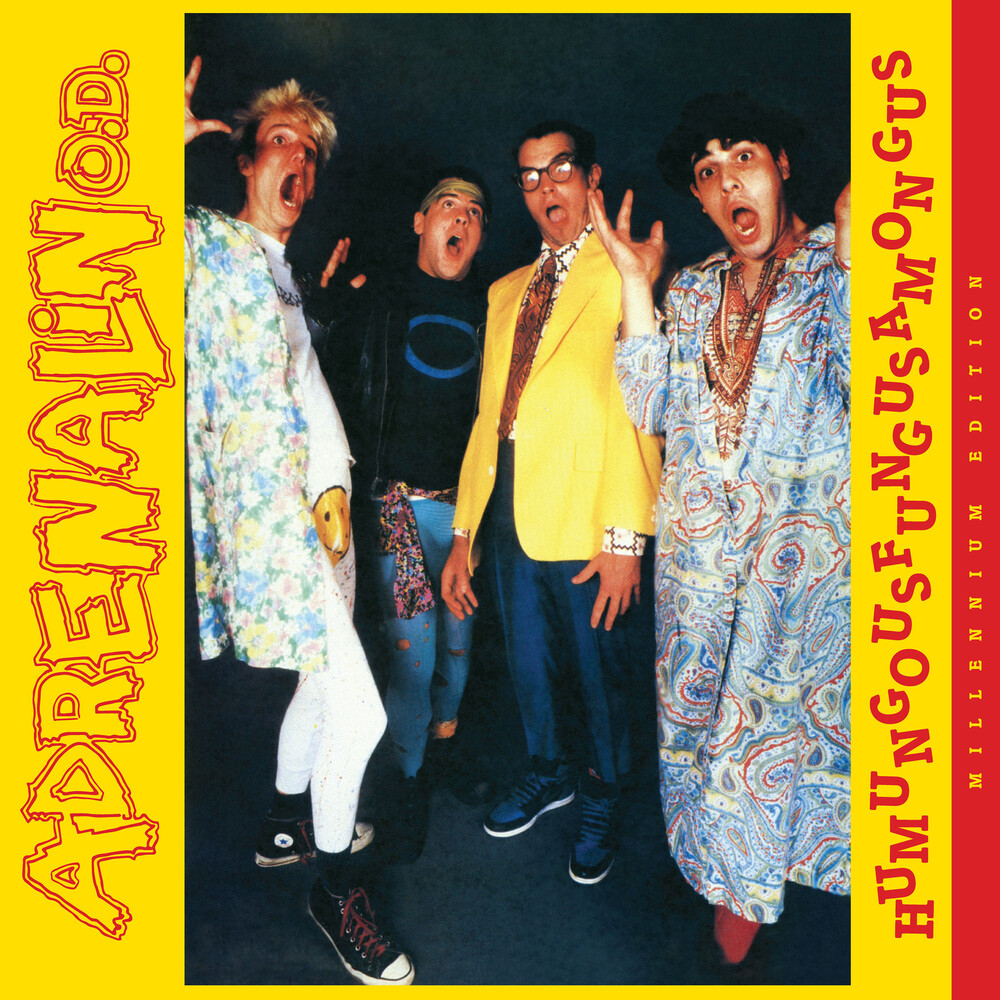 "Untamed fury that crushes skulls!" - Pushed / Septic Death"This record is dangerous, as fun always is if you try hard enough." - Pat Fear / White FlagADRENALIN O.D. - Humungusfungusamoungus - Millennium Edition LP is the next chapter of the spectacular series of reissue's BEER CITY SKATEBOARDS AND RECORDS is putting out for this band of hardcore legends! Humungusfungusamoungus - Millennium edition LP picks up were Wacky Hijinks left off. Except now the band has gotten even faster and tighter which results in Untamed fury that crushes skulls! ; as you saw from Pushead's quote above! Of coarse no ADRENALIN O.D. album would be complete without some surprises throw in as well as a healthy injection of humor that ADRENALIN O.D. is know for! Not only does this contain all 19 original tracks of blazing speed-punk/hardcore/thrash mayhem, but they have been restored and remastered from THE ORIGINAL MASTER TAPES !Don't think the fun stops there cause this also includes the original insert and art work. Painstakingly restored and updated to to deliver maximum visual and audio enjoyment!Paul still may not be home, but you can at least again own this piece of history.