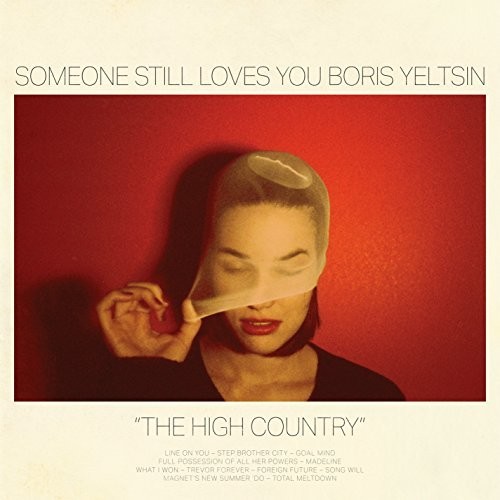 A raw pop record infused with undeniable hooks, distortion pedals, passion, grit, and maybe a little insanity, The High Country is the first SSLYBY album to truly capture the power and energy the group exudes when performing live. SSLYBY recorded The High Country as a power trio consisting of Dickey, guitarist/vocalist Will Knauer, and bassist Tom Hembree, a founding member of the group who left after Broom, but returned to (as Dickey describes it) “stir things up in the best way possible and demand we play louder and faster.” After a month spent demoing and practicing, the three musicians convened at Seattle’s legendary Hall of Justice to record with engineer Beau Sorenson (Superchunk, Garbage). In many ways, The High Country is the record Someone Still Loves You Boris Yeltsin has been building up to its entire career.