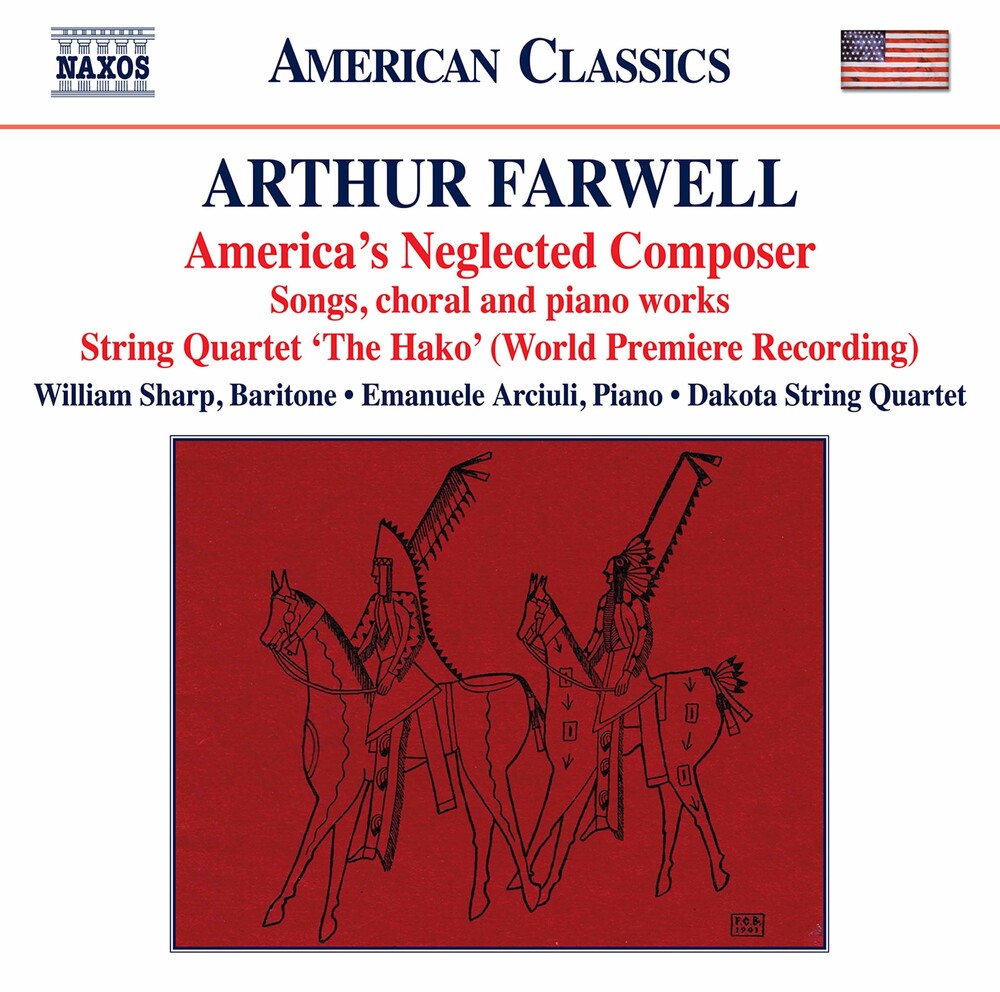 Arthur Farwell has been called 'the most neglected composer in [American musical] history.' Hounded by accusations of 'cultural appropriation,' he has posthumously fallen prey to changing notions of cultural authenticity. As the leader of the 'Indianists' movement, Farwell believed it was a democratic obligation of Americans of European descent to try to understand the indigenous Americans they displaced and oppressed. To this end, he merged Indian music and lore with Western concert forms - today, a controversial practice. The performances here recorded originated at a landmark PostClassical Ensemble festival at Washington's National Cathedral. The Dakota String Quartet, resident quartet of the South Dakota Symphony Orchestra (SDSO), comprises principal string players of the orchestra. First violin Doosook Kim has been concertmaster with the SDSO since 1995 and performs as a soloist and chamber musician in the US and internationally.