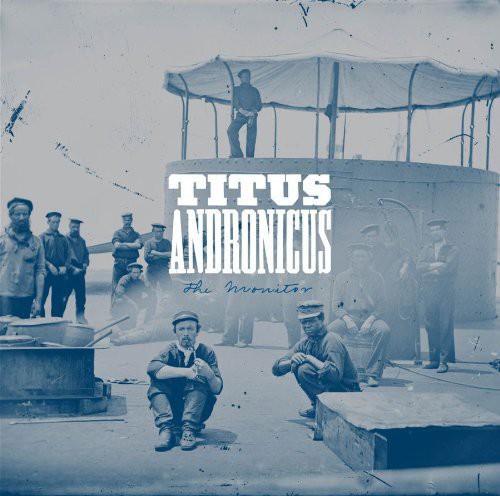 The Monitor is a concept album about the Civil War, "sort of", says singer Patrick Stickles. It was recorded August (09) by Kevin McMahon at his studio - Marcata Recording - in New Paltz, NY. The usual suspects from the world of Titus Andronicus were all in attendance, as well as members of Ponytail, Wye Oak, Vivian Girls, and the Hold Steady. McMahon also mixed the album, and it was mastered by Greg Calbi whom the band chose because he is the only person alive who can claim involvement in both the Chemistry of Common Life by Fucked Up and Bat Out of Hell II: Back Into Hell by Meat Loaf!
back to top