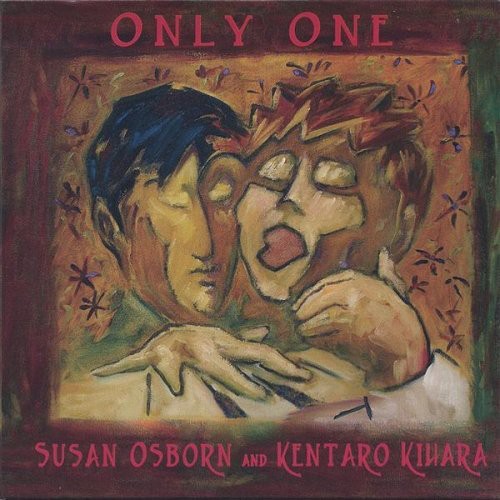 All Through The Night
Artist: Susan Osborn
Format: CD
New: in stock 15.99
Wish

From a midwestern girl playing the college bars and club circuits during the cauldren of the sixties, segue to a young woman singing on the streets and playing in the folk clubs of Greenwich Village in the late 70's . . . go through the enviro-eco-consciousness of the ensemble music of the Paul Winter Consort for which Susan was the vocalist from 1978 to 1985 recording with eagles, whales, and wolves and as an Artist-in-Residence at the Cathedral St. John the Divine in NYC . . . at the same time developing and teaching innovative workshops about the power of the human voice in song. Then travel across the Pacific where she co-created and recorded an album of traditional Japanese songs in English and received the Japanese equivalent of a Grammy, and then 6 more releases for her Japanese audience and a score of tours establishing her as a substantial performing artist in contemporary Japanese music and theater . . . A documentary film of her life for Asahi H-D TV was aired there in 1997. In 1996, she had a starring role in the celebrated Japanese musical 'Tanuki Goten'. Along the way she has performed and recorded in the UN General Assembly; at the Global Forum in Kyoto and the Hague, celebrating the formation of the world environmental organization the International Green Cross with Mikael and Raisa Gorbechev, and appeared at numerous conferences and events through the years with world class presenters including: Robert Bly, Ellen Burstyn, Maya Angelou and Al Gore. Susan had the honor of singing at both the Winter Olympic Games at a medal awards ceremony and the Closing Ceremonies of the Paralympic Games in Nagano, Japan in Winter 1998. For the past three years, Susan and her husband David Densmore have operated an innovative salon for music and art called The Living Room in their hometown of Eastsound,Washington while continuing to write and record new music; ReUnion, her first CD of original songs in 15 years, and two recordings of great classical melodies, Still Life and Tideline. At the same time, she has continued her exploration of song as a way to enter silence and presence in a class called Silence and Song . The mosaic of artists in her life include Brazilian percussionist Nana Vasconcelos, singer/songwriter Lucinda Williams, Miles Davis keyboardist Robert Irving, folk legend Odetta and Broadway star Betty Buckley, New York Pops maestro Skitch Henderson, African Master drummer Baba Olatunji, and guitarist Ralf Illenberger. There is no question of the healing power of a focused human gift of music, and Susan is one that has this with great clarity, understanding, beauty and wisdom. This is a rare gift. Contact: PO Box 35 Orcas WA 98280 ~ 360 376 5180 ~ Songhouse@aol.com.