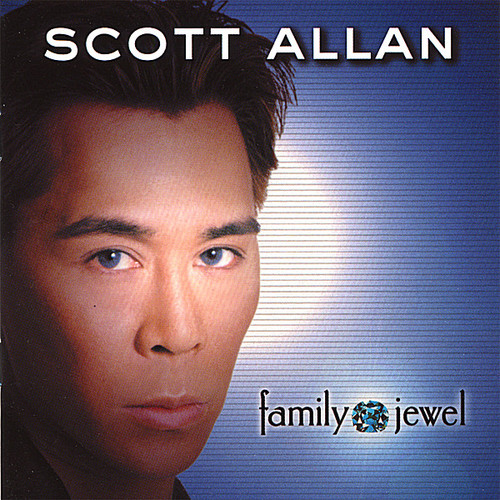 Scott Katsura grew up in Hawaii on the island of Oahu before relocating to New York City and becoming housemates with Evelyn "Champagne" King - the legendary rhythm and blues singer, disco diva and close personal friend. Through classical voice training, and because of his vocal quality and range, Scott was encouraged to pursue a career on Broadway, but instead, he followed his passion as a pop singer. By living with Evelyn, he had the golden opportunity of improving his skills as a pop vocalist, songwriter and industry player. Scott's first venture was networking his way into collaborating with the man who discovered Madonna - veteran record producer Mark Kamins who produced Scott's first CD, "Eruption." Tracks like "Penetration" received great praise from Larry Flick of Billboard Magazine who wrote, "Katsura has a fine voice and writes great pop tunes." "Eruption" created mass hysteria on dance floors internationally giving Scott recognition and momentum. "Supernatural" followed - his second CD produced by Grammy recipient Cynthia Daniels that scored Scott a #1 single in the U.K - and on the Global Internet Chart - for four consecutive weeks. His third CD "Family Jewel," certified Scott as an established pop recording artist with a significant worldwide audience. While working on the production of "Family Jewel" with Mickey Garcia of MicMac/21st Century Records and dance producer Giuseppe D., Scott experienced an artistic revelation. He began composing songs for what would become his fourth CD, "Aloha Miles Away." Taking a shot at producing himself for the very first time, Scott had succeeded in creating a musical montage representing his Hawaiian culture; his native home in island paradise; and his lifestyle of 'Aloha Spirit'. Scott hired people who shared the same passion for the production of "Aloha Miles Away", Broadway singer David Velarde and jazz pianist Martin Bejerano. 'Aloha MIles Away' became the winner of 'Pop Album of the Year' at the 2005 Hawaii Music Awards. Scott's current CD, 'Born This Way', is his fifth international recording. Once again, Scott has chosen to produce his own album, He collaborated with his musical partner, Martin Bejerano, who delivered his jazzy flavor through orchestration and vocal arrangements. Together, they have created an anthem CD that is musically crossing many borders, and reaching out to a vast global demographic. During Scott's vacation time, he spends quality moments with his friends, family and animals. He rejuvinates in songwriting, and remains driven by supporting various charity events, usually for kids, elders and animals.