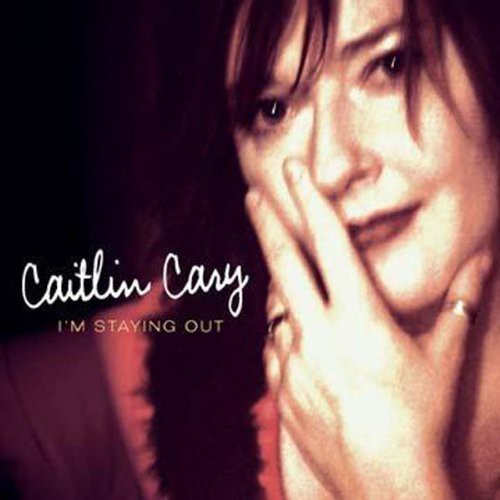 Caitlin Cary belongs to the long tradition of country singers who have transcendedthe genre by having a style, a voice and a perspective too broad to be constrainedby one single musical pigeonhole. Cary's membership in that exclusive rosterbegan with her impeccable work in Whiskeytown, continued with her first fulllength solo album, 2002's While You Weren't Looking, and isirrefutably solidified with her patently wonderful sophomore album, I'mStaying Out.

From the opening strains of the anthemic Bruce-Springsteen-meets-Mary-Chapin-Carpenterode "Empty Rooms" to the wrenching country emotion of "PleaseBreak My Heart," Cary serves notice that she is fully prepared to utilizea sampling of genres without becoming overly identified with any of them specifically.Although Cary generally peppers her songs with the trappings of country music,she liberally seasons I'm Staying Out with plenty of Memphis soul("You Don't Have to Hide," "In a While"), sinewy pop("Cello Girl," "Beauty Fades") and subtly gorgeous blendsof all of the above ("Sleepin' in On
Sunday," "The Next One").

While Cary's former Whiskeytown bandmate Ryan Adams has often been faultedfor having greater ambitions than abilities in his erratic and high profilesolo turns, Cary herself has inspired unmitigated praise in her relatively low-keypost-Whiskeytown activities. Cary's much-lauded While You Weren'tLooking deserved every one of its numerous accolades and I'm StayingOut is its equal in most aspects and its better in the rest.