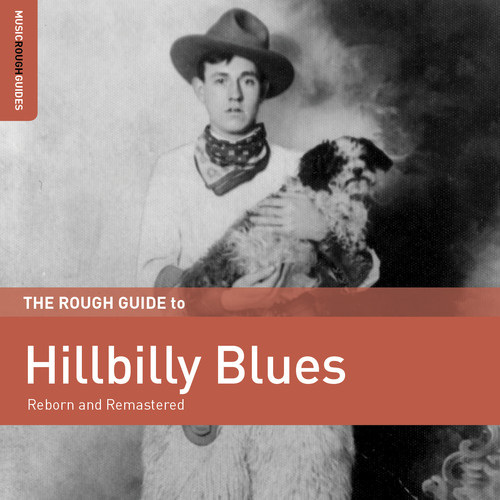 When the Country blues was first recorded in the mid-1920s, it was not only played and appreciated by African-Americans but also by white performers and audiences alike. During this time, it was common practice for record companies to separate the music of the American South into two categories: the ‘race’ series, aimed at a black audience; and the ‘hillbilly’ series, aimed at white audiences. This division along racial lines was in fact superficial, as black and white musicians shared much with respect to genre and repertoire and the separation of the two on commercial recordings grew out of the prejudices of record companies. Often overlooked is the fact that there was a huge amount of musical exchange and interaction between white and black musicians at this time. For many early country musicians the blues was liberating, as it freed them from the clichés of the sentimental songs and saccharine harmonies of mainstream radio singers of the day. In the same way that black sharecroppers found solace in the blues, the white working class – such as miners and mill workers ¬¬– were drawn to the blues as a way of expressing the hardships of daily life. One such performer was Frank Hutchison who came from a rough and isolated mountain community in West Virginia where both black and white miners worked side by side. Hutchison’s style was heavily influenced by local black performers and here he gives a classic rendition of the American folk song ‘Stackalee’. Dick Justice was also from West Virginia, and his version of ‘Cocaine’ is undoubtedly modelled on Luke Jordan’s 1927 race recording. Likewise, the enormous influence of the great Blind Lemon Jefferson is very much in evidence in mountain musician Larry Hensley’s stellar cover of Lemon’s ‘Match Box Blues’ as well as Clarence Greene’s nimble playing on ‘Johnson City Blues’. Known as the ‘Father Of Country Music’, Jimmie Rodgers was heavily influenced by the blues which became a prominent element of his music. In turn, black musicians listened to his records and were inspired by his famous ‘blue yodels’ which can be heard in the vocal delivery of two Delta legends Howlin' Wolf and Tommy Johnson. Cliff Carlisle was another who fell under the spell of Jimmie Rodgers’, and accompanied his yodelling with a Hawaiian-influenced slide guitar style to great effect. Among others who were inspired by the Hawaiian guitar craze popular in American mainstream culture were the Dixon Brothers as well as another country duo Darby And Tarleton, who had a large number of blues songs in their repertoire. Other featured early country music pioneers such as Charlie Poole and Doc Boggs were less directly influenced by black musicians and merely embellished their overall repertoires with blues derived songs. Often the word ‘blues’ was attached to a song even if it wasn’t a blues song in the strictest sense of the word. An area often overlooked and least understood in the development of the blues is the parlour guitar tradition which derives from Europe during the late 1700s when the middle class would play light classical pieces on the guitar. When the settlers and immigrants carried this tradition to America, it gradually filtered down to the lower classes. Many of these compositions required the guitar strings to be tuned to an open chord, and this along with the picking technique where the thumb was used to create a steady or alternating bass were absorbed into the blues tradition. Two classic examples of this at work are ‘Spanish Fandango’ and the opening ‘Guitar Rag’, both of which give further evidence of the incredible musical exchange between black and white musical cultures in the development of the blues.