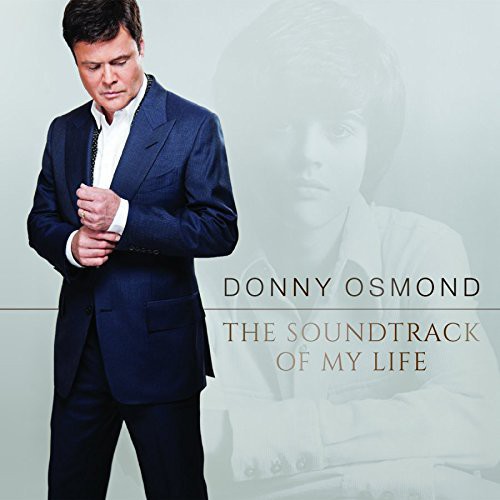 Donny Osmond is about to make music history: this year he celebrates 50 years in show business. To mark the occasion, Verve is delighted to announce the release of Donny s 60th album. Soundtrack Of My Life, is just that: a summary of Donny s extraordinary life so far. Each track tells a story, tracing the high and low points of both his professional and personal life from becoming a child star to achieving multiple No.1s, selling over 100 million records, and becoming a worldwide heartthrob.

The album opens with the first record Donny ever bought, at the age of 11: My Cherie Amour, the 1969 soul classic by Stevie Wonder, with that famous harmonica line once more played by Stevie himself! This is followed by the No.1 hit single, Ben, originally written for Donny by Don Black and Walter Scharf. in the early 1970s. As Donny was away on tour at the time and unavailable for recording, the song was offered instead to his peer and good friend, Michael Jackson. The track went on to win a Golden Globe for Best Song. Here, for the first time, Donny finally records what was meant to be his song.

Other significant tracks to Donny include Peter Gabriel's Don't Give Up poignant in that it was the song Donny's wife would play him as encouragement and Elton John's Your Song, which Elton was singing at a concert the moment Donny realised he would marry his wife (even though she was his brother's girlfriend at the time!). Here, as with all the tracks on this brand new album, Donny has been respectful of the original versions, yet brings his own magic touch to some of the best pop songs of all time. Together with three original numbers, we have nothing less than Donny's autobiography in music.